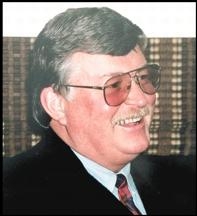 News has reached our group with the passing of RNPA member retired Northwest pilot Captain Dennis Charles O’Brien, age 76.  Captain O’Brien joined Northwest Airlines 08-29-1966.  He is survived by his children and grandchildren plus many other friends and family members.
A celebration of Captain O’Brien’s life is planned for August 4th in Seattle.... please see information below.
Obituary information may also be found online at
https://www.legacy.com/obituaries/name/dennis-o'brien-obituary?pid=189209088
Thank you,
~ Carol for the PCN
Obituary..............................Dennis Charles O'Brien
Dennis Charles O'Brien ("O'B"), airline pilot, sports fan, friend, father, brother and grandfather, passed away on May 18, 2018. He was 76 years old. Born in Renton, Washington to Leo and Kay O'Brien, he attended St. Anthony School, St. Edward Seminary, O'Dea High School and the University of Washington, where he was a member of the Sigma Phi Epsilon fraternity. After college in 1966, he joined Northwest Airlines as a pilot. He was initially based in Minneapolis and later moved with his young family to Bellevue, where he lived for the balance of his life. His 36 year career with the airline included time as second officer, copilot, and captain, flying domestic and international routes from bases in Seattle, New York, Minneapolis, Detroit and Honolulu. During the later years of his career, he split time as a 747 captain based in Hawaii flying to Asia and the West Coast, and as a flight instructor for the airline, training new captains. Mr. O'Brien was a deeply devoted friend, brother, father and grandfather. He enjoyed skiing, fishing, golf, and spending time in Washington, Colorado and Arizona with family and friends. He is survived by his two sons, Mike and Jeff, his six grandchildren, Elliott, Wyatt, Lexi, Colin, John and Tory, and his three sisters, Diane, Doreen and Donna. In lieu of flowers, the family requests contributions to be directed to Northwest Harvest (northwestharvest.org). A celebration of his life will be held Saturday, August 4th @ 1:00PM at Ray's Boathouse 6049 Seaview Ave NW Seattle, WA 98107.
From: RNPANEWS    Sent: Tuesday, May 22, 2018 6:35 AM
Subject: RNPANews: Dennis (O. B.) O'Brien Has Flown West

Friends and Colleagues,
I am sorry to inform you that Dennis (O.B.) O’Brien has passed away. O.B. was hired by NWA on Aug. 29, 1966. He died Thursday/Friday night peacefully in his sleep. O.B. had turned 76 years old this month. He was a RNPA member and resided in Bellevue, Washington.
More information and details to follow.
Bill Day
Obituary Editor eContrails
Posted by death at 12:45 AM