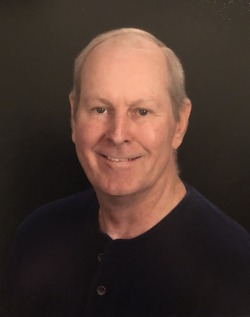 Notification with the passing of Delta pilot USAF ret. Lt. Col. Gregory Arthur Stevens, age 61.  Greg joined Delta Air Lines 07-16-2001.  He is survived by his wife Carol plus many other dear family members and friends.
To view obituary information online please visit the funeral home website at
http://www.owensandbrumley.com/ or click on this link at
http://www.owensandbrumley.com/sitemaker/sites/OWENSB1/obit.cgi?user=95441748_GStevens
Thank you,
~ Carol for the PCN
Obituary........................Gregory A. Stevens (Ret.)
Lt. Col. (Ret.) Gregory A. Stevens, Wichita Falls
Gregory Arthur "Gas" Stevens, 61, of Wichita Falls, TX, passed away peacefully, surrounded by his family, on Friday, July 6, 2018 at Hospice of Wichita Falls after a valiant four-year battle with metastatic melanoma.
Greg was born on Aug. 22, 1956 in Melbourne, FL to Charles and Mary Stevens. He attended Our Lady of Lourdes Catholic School and Melbourne High School, slipping away to the beach with friends as much as possible when the surf was up! After his 1974 graduation from Mel-High, he worked construction while attending Brevard Community College, earning an Associate of Arts degree in 1977, and then continued on to the University of South Florida to complete his Bachelor of Science in Chemical Engineering in 1980. Greg also earned his Masters of Aeronautical Science from Embry-Riddle Aeronautical University in 1985.
In October 1981, Greg began his 20+ year career in the US Air Force. His AF career included assignments at Williams AFB (T-38 Fighter Instructor Pilot, '82-'85); Grand Forks AFB, ND (ACE Detachment Instructor Pilot, '85-'87); Mountain Home AFB, ID (EF-111 Fighter Pilot, '87-'90); RAF Upper Heyford, UK (F-111 Fighter Pilot, '90-'93); MacDill AFB, Tampa, FL (Joint Staff Tour, US Central Command, '93-'95); Ft. Leavenworth, KS (Army Command and General Staff College, '95-'96); and Vance AFB, Enid, OK (T-38 Fighter Instructor Pilot, '96-'01). He was deployed to Incirlik AB, Turkey in support of Operation Desert Storm in 1991 and flew multiple bombing missions in the F-111. He retired in 2001 as Lieutenant Colonel with over 4,300 hours of cumulative flying time in the F-111, EF-111, T-38, T-37, T-1, and T-41. In his storied career, he earned numerous medals including the Distinguished Flying Cross for outstanding heroism and selfless devotion to duty during aerial flight operations against Iraq on Jan. 18, 1991, two Meritorious Service Medals, a Defense Meritorious Service Medal, two Air Medals and Air Force Commendation Medals, and the Kuwait Liberation Medal.
After retiring from the Air Force, Greg was hired by Delta Air Lines, but upon completion of training, was furloughed following the events of 9/11/01. He later embarked upon a civilian career as a Simulator Instructor Pilot, first at Moody AFB, Valdosta, GA ('02-'07) and then Sheppard AFB, Wichita Falls, TX ('07-'13). In 2013, he accepted an opportunity to return to Delta Air Lines and began flying the A-320 Airbus. He was happily back in the air when life threw a curve ball and he was medically grounded in 2014.
Greg's passions in life included surfing, racquetball, fishing, flying, faith, and family. He also enjoyed motocross racing, skateboarding, and water sports earlier in his life. He seemed to excel at everything he attempted and won numerous racquetball titles and tournaments while on active duty. During his children's school years, he stepped into many coaching roles and enjoyed watching or joining them in all their activities. Greg got into flying radio-controlled airplanes after moving to Wichita Falls, served a number of years as president of the WF Radio Control Club, and spearheaded a project to improve the flying facilities at Lake Wichita Park.
Greg is survived by his wife of 28 years, Carol, of Wichita Falls, TX and his sons Patrick (fiance Emily) of Houston, TX and Nicholas of Platteville, WI. He is further survived by his father Charles Stevens of Melbourne, FL, brother Gary (Lynn) Stevens of Palm Bay, FL, sister Diane (Scott) Smith of Jacksonville, FL, mother-in-law Catherine Lynch of Necedah, WI, sister-in-law Julie (Jerry) McFarlin of Cary, IL, brother-in-law Tom (Donna) Lynch of Necedah, WI, best friend from birth Steve (Cindy) Griffith of Melbourne, FL, and numerous beloved nieces, nephews, aunts, uncles, cousins, and friends.
He was preceded in death by his mother, Mary Patricia Stevens (2014), and his sister, Patricia Ray Stevens (2017).
The family would like to offer special thanks to the MD Anderson melanoma oncology team of Dr. Adi Diab and NP Natalie Jackson for their tireless dedication in helping us keep the balance between hope, treatment options, and quality of life while fighting a ruthless opponent. The help of this team and cutting-edge immunotherapy treatments allowed for several more precious years. In addition, our sincere gratitude goes out to Dr. Reddy, Jennifer, Mandy, and all the caring nurses and staff at Texas Oncology; Dr. D'Addezio, Vinny, and Eva at the Sheppard AFB Clinic; Cyndi Sampley of First Texas Home Health; and Dr. Parkey, Michelle Watson, and all the caring nurses at Hospice of WF who helped us navigate the difficult final days.
A visitation will be held at Owens & Brumley Funeral Home in Wichita Falls, TX on Wednesday, July 11th from 6:00 - 8:00 PM, with a vigil service at 7:00 PM. A funeral Mass of Christian Burial will be held on Thursday, July 12th at Our Lady Queen of Peace Catholic Church in Wichita Falls, TX at 1:30 PM.
In lieu of flowers, please consider making a donation in Greg's name to MD Anderson's Melanoma Moon Shots Program (gifts.mdanderson.org) or the United Service Organizations (USO).


Condolences may be sent to the family at www.owensandbrumley.com
Posted by death at 6:49 PM