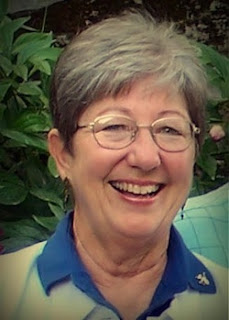 Notification with the passing of Penny Cool, widow of Pan Am/Delta pilot Captain Clifford E. Cool.  Penny was 80 years of age at time of her passing.  Penny’s husband Captain Cliff Cool joined Pan American 06-05-1967 and retired with Delta Air Lines.  Both obituaries appear below.
To view Penny’s obituary online and sign the guestbook, please visit
http://www.carpenterstoodley.com/memsol.cgi?user_id=2125033
Services for Penny are planned for August 25th, details to be announced as noted below.
Arrangements entrusted to www.carpenterstoodley.com  of Belleville.
Thank you,
~ Carol for the PCN
Obituary.............
Penelope Jane Pelton (Penny) Cool, 80, Adams, passed away Friday, July 27th, 2018.
A graveside service and a Celebration of Life gathering will be held August 25th of 2018 at a time to be announced. Burial will be in the Evergreen Cemetery, Town of Henderson. Arrangements are with the Carpenter-Stoodley Funeral Home, Belleville.
She is survived by two sons and their spouses, Scott G. (Paul Hardt) Cool, New York City and Stoneridge, NY, and William E. (Sharon) Cool, Henderson Harbor and Bradenton, FL; two grandsons, Christopher A. (Elizabeth) Cool, Georgia and Michael R. Cool, Florida; 2 sisters Patricia Ann Nichols, Leesburg, FL, Polly K. (David G.) Brown, New Bern, NC; nieces and nephews Deanna Pierce, Kevin Brown, Laurel Beeler, Michael Lynch and Jeffrey Lynch. She was predeceased by her parents, her husband Clifford, a sister Pamela Gale Maracle and a nephew, Barry Brown.
Penny was born April 8, 1938, a daughter to George and Eunice Mather Pelton. She grew up on the Mather farm on Rt 178, Town of Henderson. She graduated from Belleville Central School in 1956 and married Clifford E. Cool September 8, 1956 in the Adams Methodist Church. Mr. Cool, a retired airline pilot for Delta Airlines, passed away on May 4th, 2007.
Penny had owned and operated the Ellisburg Country Store, Stained Glass Etc., Trolleys Ice Cream stand and worked for many years in real estate sales in New York and Florida as broker / owner of Penny Cool Realty of Adams and Henderson. She served with the Adams Fire Department Auxiliary and South Jeff School board in the 1970's, she was a representative on the Jefferson County Board of Realtors in the 1990's, and was currently serving as a trustee and president of the Evergreen Cemetery Association. She loved to decorate, garden and play bridge.
Cliff and Penny had 50 adventurous years together, living in many residences east of the Mississippi, plus France, England and West Berlin.
Memorial contributions may be made to the Evergreen Cemetery Association, c/o Dwight Green, Rt 178 Adams, NY or to the SPCA of Watertown, NY.
Online condolences may be made at www.carpenterstoodley.com
-----------------------------------------------
Capt. Clifford E. Cool
May  13, 1937 ~ May  04, 2007
Age at Death: 69 years, 11 months, 21 days
Clifford E. Cool, 69, Henderson and Leesburg, Fla., died Friday evening at his property on Crystal Lake, town of Henderson. He had been in ill health for the past six months.

Following graduation from college he served with the Air Force for eight years, and in 1967 started his career as an airline pilot with Pan-American Airways and later was employed with Delta Airlines, retiring in 1996.

Born May 13, 1937, in Black River, son of Donald and Margaret Bowman Cool, he was a 1955 graduate of Adams High School and graduated from Cornell University, Ithaca, in 1959.

He married Penelope Jane Pelton on Sept. 8, 1956, at the Adams United Methodist Church with the Rev. George M. Butler officiating.

He was a member of South Jefferson Memorial Veterans of Foreign Wars Post 5344 and Don Rounds American Legion Post 586, both in Adams, and was a founding member of The Friday Night Group.

He was an avid golfer and was in one of the first groups to play at the original Tomacy's Golf Course in Adams at the invitation of then owner Al Thomas. He also enjoyed hunting, fishing, skiing and, in retirement, building and flying model airplanes.

A sister, Janet, died in infancy.

A graveside service in Adams Rural Cemetery will be at the family's convenience. There will be no calling hours. The body will be cremated.

Arrangements are with Carpenter-Stoodley Funeral Home, Belleville. Donations may be made to South Jeff Rescue Squad or the Adams Fire Department.