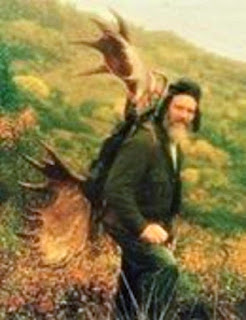 News has reached us with the passing of retired Hughes Air West/Northwest pilot Captain Scott LaMarr Agenbroad, age 67.  Please see obituary and information below.  Scott’s obituary may still be viewed online at
https://www.legacy.com/obituaries/idahostatesman/obituary.aspx?n=scott-lamarr-agenbroad&pid=189576769
Also on the findagrave site at:  https://www.findagrave.com/memorial/191361856/scott-lamarr-agenbroad
If more is learned we will then pass that information along.
Thank you,
~ Carol for the PCN
Obituary.......Scott L. Agenbroad.....   3/19/1951-6/22/2018
Scott Lamarr Agenbroad passed away at his home in Wasilla, Alaska at the age of 67. He was born in Nampa, Idaho to Clifford and Barbara Agenbroad. Scott graduated from Washington State University, served as a C-141 pilot in the Air Force and then became a commercial airline pilot. He enjoyed his Alaskan way of life, hunting and fishing with friends. Scott is survived by his mother Barbara Borders, his brother Brad, sister Dana and nieces and nephews. He was preceded in death by his father Lt. Col. Clifford James Agenbroad and his older brother Chris. Scott was buried beside his father at Kohlerlawn Cemetery in Nampa.
.Published in Idaho Statesman on July 14, 2018
-------------------


Note.... more life story information available at this site:
http://lazcrzdaz.me/2008/07/04/real-alaska-mountain-man/
or  http://lazcrzdaz.me/category/alaska-2008/page/3/   blog is dated 2008
His father died 1967  https://www.findagrave.com/memorial/66190294/clifford-james-agenbroad
judee says plz put out that Scott Agenbroad has passed away from a heart attack and funeral arrangements are pending. No further information is available.  Thx
I have been informed that Captain Scott Agenbroad has Flown West,
more information as received.
(I remember Scott as having a brown flight bag with a bronze duck head on it.  Over the years and mergers we went from black to brown and back, depending on the current administrations vision.  Scott was admonished for his brown bag as the bag de jour was black.  He took care of that problem by putting his overnight necessities in his brown flight bag and his manuals etc. in a black suitcase...problem solved...rd)


I was just informed that one of our retired NWA pilot, Scott Agenbroad passed away this month at his home in Wasilla, Alaska. Scott was born March 1951, graduated from Washington State University in 1973, entered the Air Force March 1974, flew C141 at McGuire AFB and McCord AFB, Hired at Hughes Air West on July, 1978.Flew for Republic and Northwest Airlines. Let me know if you need any more info. Thanks, Tony Polgar
Posted by death at 12:13 PM