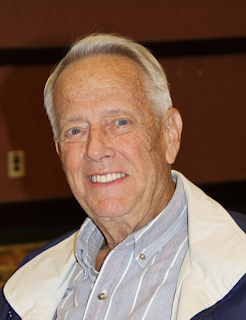 Notification with the passing of retired Delta pilot Captain Lyle Edward Letteer Jr., age 76.  Captain Letteer joined Delta Air Lines 11-04-1968.  He is survived by his wife Brenda plus many other dear friends and family members.
To view/sign the online guestbook please visit the funeral home website at
https://www.littledavenport.com/notices/Lyle-LetteerJr
Funeral services for Captain Letteer will be held August 20th in the Chapel of Little-Davenport Funeral Home, Gainesville GA.  Interment will follow in the Chestnut Mountain Church Cemetery.  Visitation will be the evening of August 19th.
Should more information be received we will be sure to pass it along.
Thank you,
~ Carol for the PCN
Obituary....................
Lyle Edward Letteer, 76, died Thursday, August 16, 2018 at Landmark Hospital in Athens, Georgia following a brief illness.  He was of the Mormon Faith and was a member of The Church of Jesus Christ of Latter-day Saints on Riverside Drive, Gainesville, GA. He is survived by his wife Brenda A. Letteer; sister and brother-in-law Cissy and Richard Johnson, Gainesville, GA, sister Francine Johnson, Henderson, Nevada, and sister Justine Stelling, Foster City, California; Sons Shannon Letteer, Daytona Beach, FL, Glenn Letteer, Ogden, Utah and daughter Kelly Daniel, Tonopha, Arizona as well as grandchildren, nieces and nephews, and a host of close friends and neighbors.
Born in Savannah, GA Lyle was raised in Hapeville Georgia and attended Hapeville High School, graduating in the Class of 1961.  He would continue furthering his education and acquire two Bachelor of Science degrees in both Aviation and Aeronautics, graduating Cum Laude in his class; two Master of Science Degrees in both Aviation and Aerospace Management, graduating Magna Cum Laude in his class; a Ph.D. in Aeronautical Science, and was in the process of completing his second Ph.D. in Business Administration as well as Paralegal Certificate in Law.
In his early years Lyle joined the United States Air Force where he proudly served his Country.  During his time of service, he was honored and presented with the Air Force Good Conduct Medal as well as earning the Small Arms Expert Marksmanship Ribbon. Upon Honorable discharge, he settled into civilian life and began raising his family.
Shortly thereafter, he accepted a position with Delta Airlines. As Captain he flew both Domestic and International routes and accumulated thousands of hours across the globe.  Many interesting stories were told of these adventures and many memories were made along the way.  After 32 years of employment Lyle hung up his wings from commercial flight service. After retirement, Lyle flew a few more years for Executive Jet International flying celebrities and CEOs for Fortune 500 Companies.  Lyle also held ATP in Single and Multi-engine Land and Sea as well as Commercial Rating in Rotocraft Helicopter and Glider.  He was also a flight instructor and A & P Mechanic with Inspection Authorization.
During the early 1970s Lyle became a member of Civil Air Patrol and proudly served for over 40 years. He served in capacities of both Georgia Wing Commander and National Safety Officer.
Additional career experiences also include Reserve Trooper of the Florida Highway Patrol, Reserve Officer of the Florida Marine Patrol, Commercial Fishing Vessel Examiner of the United States Coast Guard Auxiliary out of Charleston, SC, and Flotilla Commander of the Lake Hartwell Flotilla.
Lyle’s interests included being a Member of the Free and Accepted Masons and he proudly held positions including 3rd Degree Mason and Past Master, 32nd Degree Sottish Rite and 33rd Degree York Rite. Additionally, he was a former Chief of Staff of the Georgia State Defense Force.  Lyle was also a proud member of the Sons of the American Revolution.  His appreciation of nature led him to become a Hall County Master Gardner Extension Volunteer since 2012
Funeral Services will be held Monday, August 20, 2018 at 1:00pm in the Chapel of Little-Davenport Funeral Home in Gainesville, Georgia.  Brother George Wangemann will officiate.  Interment will follow in the Chestnut Mountain Church Cemetery.  The family will receive friends at the funeral home Sunday, August 19, 2018 from 2-4 p.m. and 6-8 p.m.
Those wishing to send online condolences to the family may do so at littledavenport.com