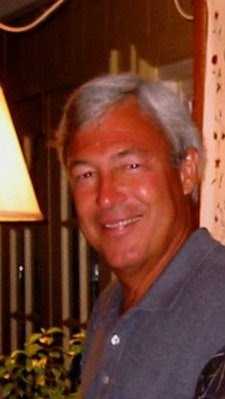 Word has been received with the passing of retired Delta pilot Captain Bob Brandon, age 68.  Following his military service, Captain Brandon joined Delta Air Lines 09-12-1980.  Please see obituary below for his many aviation career accomplishments.  Captain Brandon is survived by his wife NYC based WA/DL F/A Laurie Brandon.
To view the obituary online please visit
https://www.legacy.com/obituaries/name/robert-brandon-obituary?pid=190013279
Services for Captain Brandon will be held Aug. 24th in the Naval Aviation Memorial Chapel aboard NAS Pensacola at 10:00 AM. The funeral procession will leave Olive Baptist Church, Warrington Campus, 103 West Winthrop Ave 32507 at 9:00 AM to gain entry to the Naval Air Station. Burial will be at Barrancas National Cemetery, graveside services at 11:30 AM, with reception to follow at the Naval Aviation Museum.
Thank you,
~ Carol for the PCN
Obituary..........Robert Arthur Brandon
Pensacola Beach - Robert Arthur Brandon was born on April 28, 1950 in New York City. He died suddenly in New Orleans, Louisiana on Aug 14, 2018. His heart simply stopped. He was preceded in death by his parents, Daniel and Ann Brandon. He is survived by his wife Laurie and four sons, Michael, Patrick, Christopher, and Sam. Bob was also blessed with two grandchildren, Sawyer and Cooper. He is also survived by his stepmother, Dr. Janet Brandon. He was a prominent member of a large family with roots in Ireland and Czechoslovakia. He had four brothers and two sisters who will miss him greatly.
Bob attended High School in Hawaii and subsequently was appointed to the United States Naval Academy in 1968 and graduated in 1972. Upon graduation Bob was commissioned into the United States Marine Corps as a second lieutenant and began his flight training in Pensacola, Florida. He received his coveted "Wings of Gold" and embarked on his Marine Corps flying career. He served in the Marines from 1972 until 1979 and by his own admission the pinnacle of his career was being selected in 1977 to become part of the 1978/1979 Blue Angel Team serving as aircraft commander of the famed "Fat Albert." His flight suit, gear, and memorabilia are on permanent display in the McGuire's Blue Angel room here in Pensacola.
After leaving the Marine Corps Bob continued his flying career with Delta Air Lines from September 1980 until his retirement in January 2005 flying the B-727, Lockheed L-1011, and the B-737-800. It was while flying for Delta that he met and married his lovely wife Laurie.
After retiring from Delta, Bob resumed his flying career with Lifeguard Air Ambulance in August 2007 until September 2017 flying the Lear-35 on medical missions throughout North America as well as Latin and South America. There was no mission he would not undertake and once flew a small aircraft to the mouth of the Amazon River to evacuate an injured patient and return her for medical care in the US.
As if that was not enough flying, Bob again felt the "itch" to return to the skies and began flying the Beech BE-400 for Airmed International in June 2018 until his death. No pilot enjoyed flying more than Bob and he often remarked "I can't believe I get paid to do this." Bob never met a stranger, never failed to help a friend, and never missed an opportunity to socialize! He will be missed by all who were blessed to know and fly with him! Family requests donations to the Naval Air Museum in lieu of flowers.
"He was a man of warm and generous feelings; of unblemished Honor and Integrity; and with the most ardent Spirit of Loyalty. He maintained through Life a firm independence of Character."
Memorial service to be held in the Naval Aviation Memorial Chapel aboard NAS Pensacola at 10:00 am, 24 August 2018. Funeral procession will be leaving Olive Baptist Church, Warrington Campus, 103 West Winthrop Ave 32507 at 9:00 am to gain entry to the Naval Air Station. Burial to be at Barrancas National Cemetery graveside at 11:30 am, followed by a reception at the Naval Aviation Museum at 12:30 pm.
-------------------------------------

A great guy liked by all. Details of services are not known yet. There will be services on Pensacola. His home is on Pensacola Beach.His  wife Laurie Brandon is an active NYC based FA, formerly with Western.
Jim Foss
Captain Delta Air Lines
Pensacola Beach
850-292-3677
Posted by death at 12:22 PM