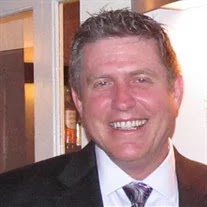 News has reached our group with the passing of Northwest/Delta pilot Captain Ronald Thomas Bowlen, age 62.  Captain Bowlen joined Northwest Airlines on his birth day 05-11-1984 and continued on with Delta Air Lines.  He is survived by his wife Barbara, their children and grandchildren, plus many dear friends and colleagues.
To share your memories and offer condolences online, also to view photos, please visit the funeral home website at
https://www.flowermoundfuneralhome.com/obituaries/Ronald-Bowlen-2/#!/Obituary
A graveside service for Captain Bowlen is planned for tomorrow
September 11th from 3:00 PM - 4:00 PM at
Rolling Oaks Memorial Park, 400 Freeport Pkwy, Coppell, TX 75019.
Thank you,
~ Carol for the PCN
Obituary for Ronald Thomas Bowlen.....................
Ronald Thomas Bowlen, 62, passed away at home September 6 with family at his side, after a courageous battle with cancer. Born May 11, 1956 in Wichita Falls, Ron was the son of Robert and Geneva Bowlen. He was a 1974 graduate of Hirschi High School in Wichita Falls, and a 1978 graduate of Southeastern Oklahoma State University in Durant, OK. A man of many hobbies, Ron was fortunate to be able to turn his hobby of flying airplanes into a wonderful career. His aviation-related employment included Flight Instructor, Corporate Pilot, Charter Pilot, and more than three decades as a Commercial Airline Pilot. Hired by Northwest Airlines on his birthday in 1984, Ron was based in various cities – including Honolulu and Anchorage – and flew numerous airplanes in his airline career but had a special fondness for the Boeing 747-200. His job allowed opportunities to see the world, and also provided stretches of time at home as his children were in school and participating in many activities. Ron became a Delta Air Lines pilot when Northwest and Delta merged in 2008. Being grounded for health reasons in recent years meant trading his role as “Captain Ron” for the role of “Poppy” to his precious grandchildren and allowed the building of special memories for all.
Ron is survived by his high school sweetheart and wife of 42 years, Barbara (Prien); daughter Libby (and husband Ryan) Boyles, daughter Becky (and husband Erik) Powers; and grandchildren Landon Powers and Layla Boyles. He was preceded in death by his parents, Bob and Geneva. A graveside service is planned, and Ron’s request was that – in lieu of flowers – a donation to the non-profit agency All Kidz, Inc. (allkidz.org, 7315 NW 105th St., Oklahoma City, OK 73162) be considered, to provide extracurricular opportunities for foster children.
: Sunday, September 09, 2018 12:28 PM
To: death.flwnwst@gmail.com
news received via visit to our website:   https://www.flowermoundfuneralhome.com/obituaries/Ronald-Bowlen-2/#!/Obituary
from:  RJ Crawford