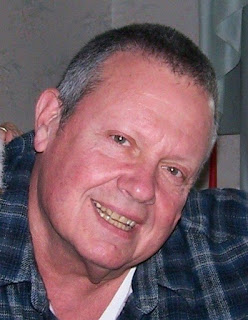 Notification with the passing of retired Western/Delta pilot Captain Henry ‘Ted’ T. Weidemueller Jr., age 78.  Captain Weidemueller joined Western Airlines 04-22-1968 and retired with Delta Air Lines in 2000 as F/O, based 030/LAX.
To view Captain Weidemueller’s obituary online please visit
https://www.dignitymemorial.com/obituaries/culver-city-ca/henry-weidemueller-jr-7969170
Should more information be received we will be sure to pass it along.
Thank you,
~ Carol for the PCN
Obituary..................
Henry T. Weidemueller, 78, entered into glory on Monday, August 20.
After graduation from George Washington University in his hometown of St. Louis, Missouri, Henry served his country in the United States Air Force from 1962 to1967. After completion of his service, Captain Weidemueller began his 32-year career as a pilot for Delta Air Lines. He retired in 2000.
Henry – or Ted, as he was known to many -- was devoted to his neighborhood church, Holy Nativity Episcopal Church in Westchester (Los Angeles). For 50 years, Ted served his church in countless unselfish ways. He was a Vestry member, also serving as both junior and senior warden. He served faithfully at the altar, assisting in both services on Sundays. He was also the church’s unofficial caretaker.
Besides caring for the church, Ted was best known for his warm, munificent “big” hugs on Sunday mornings -- an expression of his generous and caring spirit.
Now we entrust him to the care of God, leaning on God’s everlasting arms.
A celebration of Ted’s life will be held at Holy Nativity, 6700 West 83rd Street in Westchester on Saturday, September 1, at 10:00 A.M. Interment at Holy Cross Cemetery, 5835 West Slauson Avenue, Culver City, will follow the service.
All are welcome to a reception at Holy Nativity following the interment.


In keeping with Ted’s wishes, in lieu of flowers, gifts can be made to Holy Nativity Episcopal Church in thanksgiving for Ted’s life.
Posted by death at 8:27 PM