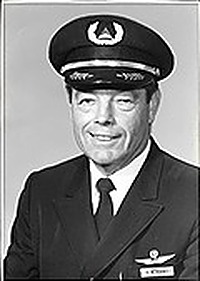 Notification with the passing of retired Delta pilot Captain Richard William Kearney, age 86.  Captain Kearney joined Delta Air Lines 11-10-1958 and was based Atlanta.  He is survived by his wife Kathleen, their children and grandchildren.
To view Captain Kearney’s obituary online please visit
https://www.legacy.com/obituaries/name/richard-kearney-obituary?pid=190777964
Service arrangements are not known.
For those wishing to send a personal note, whitepages lists the family residence as
3781 NW 107th Ter., Sunrise FL 33351-8119.
Thank you,
~ Carol for the PCN


Obituary...........Mr. Richard William Kearney, passed away at age 86 on November 18, 2018 in Plantation, Florida. He was born on September 9, 1932 in New York, New York and grew up in Brandon, Florida. From 1951 to 1957, Richard served in the Air Force. Later, he worked as a pilot employed by Delta Air Lines for 33 years. When he retired in 1992 he was flying L1011's to Europe . Richard was the beloved husband of Kathleen for 57 years. He is survived by his wife, son Kevin and wife Elizabeth, daughter Suzanne and husband Bobby, son Brian, and son Brett. He is also survived by grandchildren; Shannon, Meghan, Alyssa, and Geena and step-grandchildren Aly and Anthony.
Posted by death at 8:05 PM