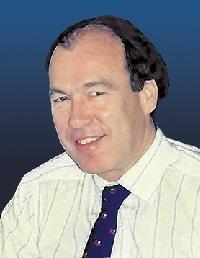 
age 77, passed away on September 19, 2018 at his home in Tucson, Arizona. The Funeral Service will be held at 11:00 a.m. on Saturday, October 20, 2018, graveside at Rideauvale Cemetery, Kars Ontario, Canada. Isobel Eastman will be the host. Funeral arrangements are being handled by EASTERN ONTARIO CEMETERY MEMORIALS in coordination with Donna McCallum. Kelly was born in Gulf Port Mississippi, on September 28, 1940 and graduated Pontiac High School in 1958. From there, Kelly attended and received a bachelor degree from Michigan State University. At college Kelly fell in with a fun-loving group that he referred to as the "bum boys" and he remained friends with many of them. One of his professors at the university wrote a book based, in part, on the adventures of the bum boys. This book was later adapted into the 1960 movie "Where the Boys Are". After college, Kelly began his service to our country in the United States Marine Corps, flying helicopters during the war in Vietnam where he saved many lives. When his military service was over, Kelly joined Northwest Airlines (now Delta) and retired as a captain after 35 years of service. During this time he also married Drucilla Anderson with whom he spent many wonderful years. Kelly excelled at several other successful business endeavors and enjoyed many outdoor activities, especially mountain and cross country bicycling throughout his entire life. Kelly was fascinated by stories of the old west which might explain why he settled in Tucson Arizona for the last part of his life. He lived there in the Rincon Country East RV Resort with his partner, Judy Hansen where he had many close friends who will miss him dearly. Kelly is survived by his sister, Eleanor Jean Carson; many friends, and family who loved and miss him very much. Kelly is preceded in death by his parents, Colin and Mary Carson of whom his remains will be laid to rest with.
Posted by death at 4:33 PM