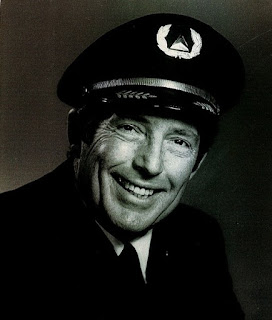 Word has reached us with the passing of Delta Golden Wings member retired Delta pilot Captain Earl Russell Epperson Jr., age 97.  Captain Epperson joined Delta Air Lines 01-02-1945 and retired in 1981, based DFW at the time of his retirement.  Widowed in July 2010, Captain Epperson is survived by his children, grand- and great grandchildren plus many other dear family members and friends.
To view/sign the online guestbook please visit https://walkersfuneralservice.com/tribute/details/1930/Earl-Epperson-Jr/obituary.html
Captain Epperson’s obituary notes that service arrangements are incomplete.  We will advise when known.
Thank you,
~ Carol for the PCN
Obituary...................
Earl R. Epperson Jr., 97 years old, formerly of Pecan Plantation in Granbury, Texas, passed away at the Parkview Health & Rehabilitation Center in Chapel Hill, North Carolina on December 4, 2018.
Born on April 1, 1921 in Kingsport, Tennessee, Earl attended Millsaps College and Louisiana State University, where he was a member of the Kappa Alpha order.  He began his flying career in the Army Air Corps at the outbreak of World War II, flying multiple aircraft and missions, and ultimately attaining the rank of Major by the end of the war. After the war he was employed as a pilot by Delta Air Lines, and remained with Delta until his retirement as a Senior Captain in 1981, finishing his career flying 747’s and L-1011’s.   During his retirement years he continued recreational flying, and holds two flying world speed records from Dallas, Texas to Orlando, Florida in two different aircraft classes (one multi-engine jet record while employed by Delta, and one propeller single engine record while retired).  Earl also served as a volunteer with the Pecan Plantation Volunteer Fire Department & Emergency Medical Service, and was active in the Tennis Association at Pecan Plantation.
Earl was an energetic and skilled tennis and golf player, and was known for making small wagers always to his advantage, but never seriously complaining when he lost.  He enjoyed his house on the Brazos River and his many friends at Pecan Plantation and elsewhere.  During his retirement years he continued playing tennis and golf at Pecan Plantation and other locations to which he would travel for tournaments and enjoyment.
Earl is preceded in death by his parents, Earl R Epperson Sr (US Army) and Doris Epperson, Colonel  (Women’s Army Corps),  by his first wife and the mother of his three sons, Maxine P Epperson of Roswell Georgia, and by his second wife of fifty-two years, Joyce E Epperson of Granbury Texas.
Earl is survived by his three sons and daughters-in-law, Earl Russell Epperson III and Mary Beth Epperson of Atlanta Georgia, Stephen P Epperson and Katherine H Epperson of Gastonia North Carolina, and Timothy H Epperson and Lisa P Epperson of Chapel Hill North Carolina, and by his grand-daughters Courtney Epperson of Durham, North Carolina, Brooke Epperson of Chapel Hill,  North Carolina, and Hallie Epperson of Memphis, Tennessee, and by a great grand-son Jake Coe of Hillsborough,  North Carolina, as well as by his step-children  Thomas Earl Davis of Sherman, Texas  and Janice Van Dyke of Kingwood Texas.
Also surviving Earl are numerous step grand-children, step great grand-children, and step great-great grand-children.
A special mention also to his step grand-daughter Janet Lynn Van Dyke, Lt. Colonel, United States Air Force, in remembrance of the many hours they enjoyed discussing the challenges and joys of flying jet aircraft.
Arrangements are currently incomplete.
In lieu of flowers memorials may be made to the Pecan Plantation Volunteer Fire Department and Emergency Medical Service (VFD&EMS), 9518 Montecello Drive, Pecan Plantation, Granbury Texas 76049, or to the charity of your choice.
Walkers Funeral Home in Chapel Hill, NC is serving the family, and condolences to the Epperson family may be made through www.walkersfuneralservice.com
-----------------------------------------------
Joyce’s obituary.................
Joyce E. Epperson, 91, passed away Sunday, May 2, 2010, at her residence.
Service: No services are planned at this time.
Mrs. Epperson was born July 13, 1918, in Sioux City, Iowa. She married Earl Epperson on April 12, 1961, in Atlanta, Ga. She had lived in Granbury for the past 32 years. She was an avid golfer and tennis player. Her yard was her passion. She had a pilot's license and enjoyed flying.
Survivors: Husband, Earl Epperson of Granbury; son, Thomas Earl Davis and wife, Arline, of Denison; daughter, Janice Van Dyke of Kingwood; grandchildren, Trey Van Dyke, Maj. Janet Lynn Van Dyke, Trent Earl Davis and Brandee Lynn Zeal; and nine great-grandchildren.
Rcvd Dec. 4th...............................
Dear Delta Golden Wings Members:
We have received word that Earl Epperson has made his final flight West.
The below is from his son, Tim:
“All, my father, Captain Earl Epperson passed away peacefully this morning, December 4th.  He was 97 years old. His proudest moments and fondest memories were of his long career with Delta Air Lines and all who worked there.
He loved you all.”