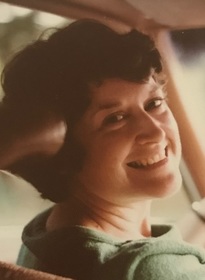 Notification with the passing of Kathryn Ann Hayes, wife of retired Delta Air Lines pilot Captain Francis ‘Frank’ Hayes.
To view/sign the online guestbook please visit the funeral home’s website at
https://flynndagnolifuneralhomes.com/book-of-memories/3671051/Hayes-Kathryn/service-details.php
Services for Kathryn are noted in obituary below.  Should more news be received we will be sure to pass it along.
Thank you,
~ Carol for the PCN
Obituary...........Kathryn Ann Hayes
Kathryn Ann (Kelly) Hayes, 78, died peacefully at her home in Dawsonville, GA, on December 1st after a courageous struggle with rheumatoid arthritis, with her loving family by her side. Kathryn was born on April 29, 1940 in North Adams, MA to Margaret (Cummings) Kelly and Donald Kelly. She graduated from St. Joseph's high school in 1957 and attended Bliss Business School.
While working at the local telephone company Kathryn, quite serendipitously, met Frank Hayes, a pilot from Cohoes, NY who was flying corporate planes out of Harriman Airport in North Adams. Romance blossomed and they were married at St. Francis Church in North Adams in 1961. Shortly thereafter they moved to Marysville, MI where Frank began flying for the Diamond Salt Co.; in 1965 they moved to Atlanta, GA where Frank spent 30 years as a pilot for Delta Airlines.
Kathryn was primarily a homemaker in Dunwoody, GA where they settled; and a devoted mother to their three children, who were outstanding students and gifted tennis players. When, as teenagers, the kids started flying glider planes solo, Kathryn thought it was a good idea. Kathryn and Frank spent many happy hours on their boat on Lake Lanier and, on a lark, once sailed up the Atlantic coastline. They loved to travel, especially to Germany, where they would often pick a new car off the assembly line and ship it back to the States. Known for her exuberant personality, sweet disposition and gentle manner, Kathryn will be deeply missed by her family and many friends. Kathryn is survived by her husband, Frank and their three children: Patricia Haywood and her husband, Mark of Duluth, Ga., Kevin Hayes and his wife, Patricia of Memphis, TN and Lynnanne Eurton, and her husband, Tim of San Antonio, TX; her sister, Eileen Green and her husband, Jim of McLean, VA, her brother, Michael Kelly and his wife, Doreen of New York, NY; her 6 beloved grandchildren; and several nieces, nephews and cousins.
Calling hours are Tuesday, December 4th from 6-8pm at Dahlonega Funeral Home, 20 Gibson Rd., Dahlonega, GA. A funeral Mass will be celebrated on Wednesday, December 5th at 10am at St. Luke's Church, 91 North Park, St. Dahlonega, GA. Calling hours at FLYNN & DAGNOLI-MONTAGNA HOME FOR FUNERALS WEST CHAPELS, 521 West Main St. North Adams, MA are Saturday, December 8, 2018 from 10-11 AM with burial at Southview Cemetery to follow. Donations in Kathryn's name may be sent to the Rheumatoid Arthritis Foundation, Help Fight RA, 8815 Conroy Windermere Rd, Suite 309, Orlando, FL 32835.
To add to the Book of Memories, please visit www.flynndagnolifuneralhomes.com
Posted by death at 4:22 PM