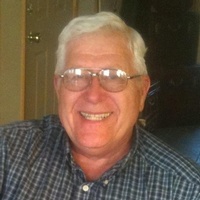 Received this notification today, news with the passing of retired Pan Am/Delta pilot F/O Louis ‘Lou’ Matthew Fielack Jr., age 82, of Mammoth Spring, Arkansas.  Lou joined Pan American 08-21-1967 and retired with Delta Air Lines in 1996.  Widowed in 2002, Lou is survived by his children and grandchildren.  Please see obituary information below.
Condolences and memories may be shared online at the funeral home website:
https://www.meaningfulfunerals.net/obituary/louis-fielack-jr?fh_id=14178
Arrangements were entrusted to Tri-County Funeral Home of Highland, Arkansas.
Thank you,
~ Carol for the PCN
From: Lou Fielack    ( roketmann@gmail.com )
Sent: Tuesday, January 29, 2019 4:19 PM
Subject: Death of Pan Am F/O Louis M Fielack Jr.
Please post the following obituary. Thank you
Louis Matthew Fielack Jr., 82, of Mammoth Spring, Arkansas, passed away peacefully on January 11, 2019. He was born on August 7, 1936 in New York, the only son to his adoring parents, Louis Matthew and Kathleen (Mighton) Fielack, who preceded him in death.

After graduating from De La Salle Institute and Rutgers University, Louis joined the United States Air Force and served his country from 1959 to 1967 reaching the rank of Captain and flew KC-97’s and KC-135’s with the Strategic Air Command, completing his military career with the 924th Air Refueling Squadron at Castle AFB, California.

Louis retired from flying in 1996 after 29 years of commercial aviation experience. He was a pilot at Pan American World Airways, Delta Airlines and also the Dubai Royal Air Wing. During the course of his career, he piloted B-707’s, B-727’s and A310 aircraft. His time in Berlin flying with Pan Am (IGS) was by far his favorite. After retirement, he enjoyed life in Satellite Beach, FL with his loving wife, Maryann (Claire) Fielack who preceded him in death in 2002. After a fly-fishing trip to Arkansas where he fell in love with the Ozarks, he moved to Mammoth Spring, AR.

Lou was a member of ALPA, American Legion, VFW, NRA and other organizations and was a generous donor of time and money to many charities. His passions included his bird dog “Jake” and cat “Sam”, flying, classic cars, motorcycles, classical and ragtime music, travel and camping. He was honest, quick witted, independent and loved his country.

Memorial services will be at a later date in New York.