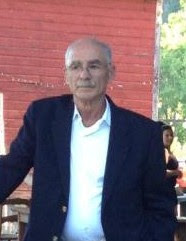 As noted in the March 2019 issue of the Air Line Pilot magazine's In Memoriam column, the passing of retired Pan Am/Tower/Delta Air Lines pilot F/O Harry C. Riker, age 63.  Harry joined Delta Air Lines 01-27-2000, and retired with Delta in 2006 as noted below.
To view the obituary online and share your memories please visit the funeral home website at
https://www.flinchandbruns.com/notices/Harry-Riker
F/O Riker is survived by his wife Angela plus many other close family members.
Services were held in Lynbrook, New York.
Thank you,
~ Carol for the PCN
Obituary:  https://www.flinchandbruns.com/notices/Harry-Riker
Riker- Harry C. of Malverne on December 8, 2018. Beloved husband of Angela (nee Gargano). Loving father of Walter and Eric. Dear brother of Janet Marston (Michael) and Linda Filiberto. Also survived by his nieces and nephews Richard Filiberto, Philip Marston, Vincent Gargano  and Melissa Baron.
Harry C. Riker of Malverne and Middleburgh, NY, was born in Queens on April 9th 1955 to Walter and Filomena Riker.   As a young man Harry had a fascination with planes and aviation.  After graduating from Valley Stream North High School in 1973, Harry attended Dowling College in Oakdale, NY.  Harry graduated Dowling College with a bachelor in business administration and a minor in aviation.  Following graduation from Dowling, Harry worked as an aircraft dispatcher for Air France, and then as a crew scheduler for Pan Am.  He eventually achieved his dream of becoming a professional pilot and flew for various companies including Pan Am, Tower, and Delta Airlines.  Harry’s favorite trips as a pilot were down to the islands in the Caribbean with Delta Airlines, and to exotic locations like Cairo, Egypt, and Munich, Germany.


For generations, the Riker family has owned property upstate in Middleburgh, NY, and Harry spent many happy hours there hunting and fishing.  He took pride in sharing these pastimes with his sons and his close friends.  After his retirement in 2006 he continued to enjoy his fruitful life with his wife and two sons Walter and Eric. The following years would prove to be what every father wishes to achieve, proudly watching your two sons grow up and carry on your legacy.
Posted by death at 8:18 PM