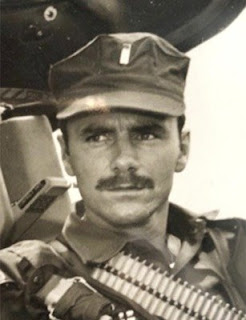 As noted in the April 2019 issue of the Air Line Pilot magazine’s In Memoriam column, the passing of retired Delta pilot Captain Michael John Foley, age 77.  Captain Foley joined Delta Air Lines  02-13-1970 and retired with Delta in July 1999, based 031/JFK.  He is survived by his wife Carolyn plus their children and grandchildren.
To view the obituary online please visit
http://www.wtsampsonalumni.com/class_profile.cfm?member_id=2663451
or https://keysnews.com/article/story/michael-john-foley/
Thank you,
~ Carol for the PCN
Obituary.......................
Michael John Foley, 77, died Jan. 25, 2019, at home in Key West, Florida after a brief illness having been diagnosed with Idiopathic Pulmonary Fibrosis on Dec. 23.
He is survived by his wife of 51 years, Carolyn (Davenport) Foley, daughter Jennifer Pleasants (John) of Portola Valley, California, and son John Foley (Jill) of New York City, and five grandchildren, Jack, James, and Josie Pleasants and Quinn and Mae Foley. He is also survived by his identical twin brother Francis J. Foley (Judy) of Hanover, Connecticut. He is survived by other siblings Tom Foley, Sheila Foley Hanois, Edward Foley and James Foley.
Michael graduated from the United States Naval Academy with the class of 1964 and went on to be an A4 jet attack pilot with 178 missions over North Vietnam between 1966-1968. After the Navy, he flew for Delta Airlines from 1970-1999 flying international flights his last few years. He practiced law in Houston, Texas with the law firm of Haynes and Fullenweider after graduating from South Texas College of Law in 1976.


Having moved to the Florida Keys in 1980, Michael was a Monroe County School Board member representing the Upper Keys and also a member of the Board of Trustees of the Florida Keys Community College. Michael became an avid fisherman and boater and continued his Navy love of the sea. His ashes will be sprinkled into the waters in his backyard in Key West.
Posted by death at 1:19 PM