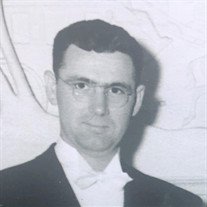 --- Captain Abare was hired by Northeast on 12/18/1957 and retired from Delta on 04/01/1988
Obituary: https://www.molloyfuneralhome.com/obituaries/Norman-Abare-Sr/      ...
Norman W. Abare, Sr. passed away on May 8, 2019. Norman was the beloved husband of 61 years of the late Rosemarie Abare. Born in his cherished hometown of Winchendon, Massachusetts on March 29, 1927, Norman was the son of the late Louis N. Abare and Helen (Corbett) Abare. Norman graduated from Murdock High School in 1945, was drafted into the United States Army and served in Germany during World War II. When he returned from the war, he attended radio and television repair school in Cambridge. He worked for many years at his family’s business, The Louis N. Abare Company, selling and fixing furniture and appliances. After discovering a love for flying on his Aeronca Chief, he became an airline pilot for Northeast Airlines and eventually Delta Airlines, where he worked for nearly thirty years. But, the real love of his life was his wife, Marie. Together they built a beautiful home and family in Winchendon. In recent years, Norman and Marie also enjoyed spending time with their family in Farmington, CT. Norman was a devoted husband and father, a loyal brother and brother-in-law, a loving grandfather, a good friend and a man who drew strength from his deep Catholic faith. What was most important to Norman was spending time with his family and taking care of them. He was known to invariably have a project going at home or at the home of his children and was always there to help.
Norman was predeceased by his wife Rosemarie and his daughter Joan Marchi. He is survived by his children Rose-Ann Abare of Farmington, Mary Lenehan and her husband Kevin of Cheshire, Helen Liguori and her husband Mike of Pittsburgh, son-in-law Brian Marchi of Somers, Norman Abare and his wife Jenna of West Hartford and Kathryn O'Connell and her husband Greg of West Hartford; grandchildren Kathryn Lenehan, Kevin Lenehan, Patrick Lenehan, Elena Liguori, Cecilia Liguori, Lucia Liguori, Regina Liguori, Michael Liguori, Connor Marchi, Joseph O'Connell, Timothy O'Connell, Caroline O'Connell and Zachary Abare. He also leaves behind his sister, Marilyn Abare, sister-in-law Theresa Smith and brother-in-law Leo Smith. He was pre-deceased by his brother Robert Abare, sisters-in-law June Smith, Ellen Pepi and Claire Abare, brothers-in-law Paul Smith, Henry Smith and Jerome Pepi. Norman also leaves behind many beloved nieces and nephews.
Friends and family are invited to the Molloy Funeral Home at 906 Farmington Ave. West Hartford on Monday May 13th from 4:00-7:00 PM. A mass of Christian Burial will take place on Tuesday, May 14th at 10:00 AM at St. Thomas the Apostle Church 872 Farmington Ave. West Hartford. In lieu of flowers, donations can be made to HARC, Inc. 900 Asylum Avenue Hartford, CT 06105.
Jon J Maynard
President Yellowbird Chapter of Delta Pioneers
First Vice President of Delta National Pioneers
(H) 121 Tremont St # 212, Brighton, MA 02135
(H) 617.787.2620
(E) jjmaynard@usa.net
--------------------------------------------------
Death Notice: Rosemarie C. 'Marie' Abare   (1932-2017)


Rosemarie C. Abare passed away on October 12, 2017. Marie was the beloved wife of 61 years of Norman W. Abare, Sr. Born on August 23, 1932, she was the daughter of the late Henry F. and Roseanne (Kenney) Smith. Marie graduated from Dorchester High for Girls in 1950, then worked for the Massachusetts Transit Authority in Boston until 1956. Marie relocated from Boston to Winchendon, MA to marry Norman and together they made a beautiful life and home. In recent years, Marie and Norman enjoyed spending time with their children and grandchildren in Farmington, CT. Marie was a devoted daughter, sister, wife, mother, mother-in-law and grandmother. Her life was taking care of her family and making them happy. Marie is survived by her husband, Norman of Winchendon; her children Rose-Ann Abare of Winchendon, Mary Lenehan and her husband Kevin of Cheshire, Helen Liguori and her husband Mike of Pittsburgh, son-in-law Brian Marchi of Somers, Norman Abare and his wife Jenna of West Hartford and Kathryn O'Connell and her husband Greg of West Hartford; grandchildren Kathryn Lenehan, Kevin Lenehan, Patrick Lenehan, Elena Liguori, Cecilia Liguori, Lucia Liguori, Regina Liguori, Michael Liguori, Connor Marchi, Joseph O'Connell, Timothy O'Connell and Caroline O'Connell. She was pre-deceased by her daughter Joan Marchi, her sister Ellen Pepi, her brothers Paul Smith and Henry Smith, brother-in-law Robert Abare and sisters-in-law Arlene Smith and June Smith. Marie also leaves behind her brother Leo Smith and sisters-in-law Marilyn Abare, Claire Abare and Theresa Smith and many beloved nieces and nephews............
Posted by death at 6:42 PM