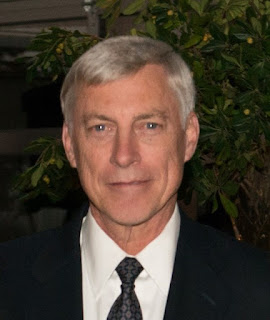 Notification with the passing of retired Delta pilot Michael William Wolber, nearing his 67th birthday at the time of passing.  *Michael joined Delta Air Lines 07-16-1990.... please see obituary below for more of his aviation career.  He is survived by his wife Denise, their children and grandchildren.
To view obituary and service arrangements, you may click on at
https://www.dignitymemorial.com/obituaries/dallas-tx/michael-wolber-8731645
Michael’s obituary notes that funeral services will be held June 11th in Dallas TX with visitation the evening prior.
As more news is received we will be sure to pass it along.
Thank you,
~ Carol for the PCN
*Correction:  Michael joined Delta Air Lines 07-16-1990.
Obituary....................
Michael William Wolber, a retired aviator and devout Catholic, passed from this earthly life on Saturday, June 1, 2019, at MD Anderson Cancer Center in Houston, Texas. He was surrounded by his beloved wife and family, who together humbly entrusted him into the hands of our Lord and His Blessed Mother.
Mike was born on June 6, 1952 in Salinas, California. During his childhood years, he moved with his family to Alaska and then to Indonesia. In 1966, when his family moved to Libya, Mike moved back to the States to attend boarding school at Bellarmine College Preparatory in San Jose, California. After graduating from Bellarmine in 1970, Mike attended the University of California, Berkeley, where he was a member of the Air Force ROTC. He graduated in 1974 with a Bachelor of Science in Forestry.
He was commissioned as a 2nd Lieutenant in the United States Air Force (USAF) in January 1976 and graduated from pilot training in 1977. During his 14+ years in the Air Force, Mike flew many planes, including the T-33 T-Bird, F-106 Delta Dart, T-38 Talon and the F-15 Eagle. He was stationed in and deployed to many parts of the world, proudly serving his country, and was honorably discharged in June 1990.
Following his service in the USAF, he and his family moved to the Dallas-Ft. Worth (DFW) metroplex where he began flying for Delta Air Lines. In his 27 years with the airlines, he was based in DFW from 1990 to 2007, and Atlanta from 2007 until his retirement in June 2017.
Mike loved life and lived it to the fullest, going from team roping in his younger years to backpacking with his sons Garth, Kurt and Pete in the Sierras and the Rockies. He was a Boy Scout leader, baseball coach, Little League umpire, docent at the Japanese Botanical Gardens in Ft. Worth, and a member of the American Legion Post 82 in Ellijay, GA. Other hobbies included model railroading, competition shooting, and especially riding Harleys and traveling with the love of his life, his bride and best friend, Denise of 40 years.
But all throughout his life, his faith in and devotion to God was of utmost importance to him and to who he was. He was very active in the church (Our Lady of the Mountains in Jasper, GA) where he volunteered with the St. Vincent de Paul society and served on the Parish Council. His strong and enduring faith was the greatest gift he bestowed upon his family.
Mike was predeceased by his father, B.W. “Pete” Wolber, and his sister, Susan Martin who passed away in July 2018. He is survived by his devoted wife, Denise; three sons and daughters-in-law Garth Wolber (Kristy) of Colleyville, TX, Kurt Wolber (Katie) of Dallas, TX, and Peter Wolber (Noelle) of Ramstein AB, Germany; loving mother, Madilyn Wolber of Salinas, CA; granddaughters Rylee, Reagan and Reese Wolber; grandson Garrett Wolber; sister, Brenda Wolber of Carmel, CA; many brothers-in-law, sisters-in-law, nieces, nephews, and cousins, and his most trusted, loyal friend, Lawrence J. O’Neill.
Funeral services will be held on Tuesday, June 11 at St. Thomas Aquinas Catholic Church in Dallas, TX (Rosary at 11:00 a.m. followed by a Funeral Mass at 11:30 a.m.). He will be interred with military honors at 2:00 p.m. at the Dallas-Fort Worth National Cemetery. There will also be a visitation on Monday, June 10th from 6:00-8:00 p.m. at the Sparkman-Crane Funeral Home in Dallas, TX.
In lieu of flowers, the family suggests memorial donations to The Cholangiocarcinoma Foundation.