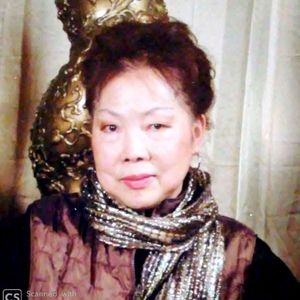 Notification with the passing of Rita Kwan Akelis, wife of retired Western/Delta pilot Captain Anthony Akelis.  Rita was 85 years of age at the time of her passing.  She is survived by her husband Tony and her children.
Obituary information for Rita may be viewed online at
https://www.legacy.com/obituaries/name/rita-akelis-obituary?pid=193064562
Also at
http://hosting-1085.tributes.com/obituary/show/Rita-Kwan-Akelis-107162622
Sneider & Sullivan & O'Connell's Funeral Home of San Mateo CA has been entrusted with arrangements.
Should more information be received we will be sure to pass it along.
Thank you,
~ Carol for the PCN
Obituary..............
Rita Kwan Akelis
Born in Hong Kong May 31, 1934.
Died June 2, 2019 In Burlingame, of heart failure.
Rita graduated Mary Knoll Catholic High, Kowloon, and attended nursing college in London. She returned to Hong Kong and became a Flight Attendant for Cathay Pacific Airways. Later, she was recruited by an American carrier, TransOcean Airlines, for her fluency in Chinese dialects. When TransOcean Airlines ceased operations, she was hired to continue her career by United States Overseas Airlines.
Rita met her future husband, a pilot, Captain Anthony Akelis of Delta Air Lines, who at that time was a Flight Engineer for United States Overseas Airlines. While flying the Pacific, Rita dated Tony. They married in Hong Kong in 1962 at a Catholic church.
She was a very talented designer and artisan, making flower arrangements and custom-stitched quilts, handbags, jewelry boxes, decorative ornaments, and other fabric creations, including knitting one-of-a-kind scarves. All her handmade items were sold at a co-op store in Palo Alto, CA. Her skills first started as a hobby and later became a full-fledged business.
She also had a green thumb, growing many flowers and plants at home herself, which she then included in her fabric projects.
Rita enjoyed walking, hiking, skiing, and attending outdoor and indoor events. She volunteered at Strybing Arboretum in San Francisco as a docent, and served as host at various flower and plant parks in the San Francisco area.
Rita raised two children, daughter Aline, who became a court reporter, and son Vincent, who became an airline pilot, almost on her own as Tony was away half of the time flying for the airlines.


She is survived by her husband of 57 years, Tony; her two children; her sister, Norma; her brother, Man Woo.
Posted by death at 1:16 PM