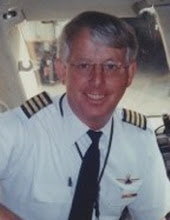 Word has reached our group with the passing of retired Delta pilot Captain Jeffrey Bruce Johnson, age 74.  Captain Johnson joined Delta Air Lines 01-13-1977 and retired with Delta based 030/ATL, Line Chk Pilot.  He is survived by his wife Georgie, their children and grandchildren, plus many other friends and dear family members.
To view the obituary online and share memories please visit
https://www.carmichaelfuneralhomes.com/obituaries/Jeffrey-Bruce-Johnson?obId=6518252#/celebrationWall
Visitation and services are planned for August 30th at Carmichael Funeral Home of Marietta, Georgia.
For those wishing to share a personal note, condolences may be sent to the family at
1495 MOUNTAIN RESERVE DR NW
KENNESAW GA 30152-4845
Thank you,
~ Carol for the PCN

Obituary and guestbook https://www.carmichaelfuneralhomes.com/obituaries/
Jeffrey Bruce Johnson of Kennesaw, a decorated Navy pilot in the Vietnam War and a former Delta Air Lines pilot, died August 20 after a long battle with a number of health issues thought to be a result of exposure to Agent Orange while overseas in Vietnam. He was 74. He was born on February 25, 1945, in San Francisco, CA to Raymond and Elma Johnson. He graduated from the United States Naval Academy in Annapolis, Maryland, in 1967, a proud member of the 33rd Company fondly known as “The Mets”, and began active military service as a Navy pilot. He volunteered to fly OV-10s with Light Attack Squadron Four (VAL-4), known as “The Black Ponies”. On May 25, 1969, Johnson was co-pilot of a plane on armed surveillance patrol in Vietnam when he responded to a call for help from ambushed US soldiers on the ground near Rạch Gia. During the attack on the enemy, Johnson’s pilot was shot and killed. But Johnson managed to regain control of the aircraft despite damage to the plane and get it back to home base. For his heroic action, Johnson was recommended for and received a Naval commendation medal for meritorious service. In the commendation letter, the commanding officer said, “LTJG Johnson’s professional skill, sense of responsibility, and calmness under fire are commendable and in keeping with the highest tradition of United States Naval Service”. Johnson also received a National Defense Service Medal, 17 air medals, the Republic of Vietnam Medal, and four Navy commendation medals. He served in the Navy from 1967-1973 and in the Naval Reserves from 1973-1979. Johnson was a Delta pilot from 1977 until his retirement in June 2004, flying the MD88, Boeing 757, and Boeing 767. He received his MBA from the University of North Florida. His hobbies and interests included tennis, Georgia football, and the stock market. He was also devoted to his family with many fond memories of ski trips, scout trips, and family vacations. Survivors include his wife, Georgie; twin sons Jason (Anna) of Cartersville, Jeffrey (Sarah) of Dawsonville, and daughter Jessica Busbee (Chris) of Marietta; brother Donald Alston of Jacksonville, FL; sister Joyce Johnson Saltsman of The Villages, FL; and seven grandchildren, Jack and Grace Johnson, Cole, Camdyn and Delainey Johnson, and Elliot and Avery Busbee. Carmichael Funeral Home in Marietta are handling arrangements. A memorial service is planned on Friday, August 30. The visitation is at 12:30pm with the service to start at 1:30pm. His final interment shall be at the USNA Columbarium at a later date. In lieu of flowers, contributions to the Warrior Farms Project and The Leukemia & Lymphoma Society are appreciated.
Warrior Farms Project: https://www.warriorfarms.farm/donate/#donate
The Leukemia & Lymphoma Society: https://donate.lls.org/mwoy/donate