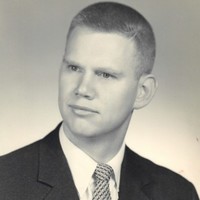 Notification with the passing of retired Delta pilot Captain Carl Emil Carlson, age 83.  Captain Carlson joined Delta Air Lines 04-03-1967.  Obituary notes that he retired with Delta in 1993. Captain Carlson is survived by his wife Joyce, their children and grandchildren plus many other family members and friends.
Obituary information and a photo video tribute may be viewed online at
https://www.coxfh.com/obituary/carl-carlson
Funeral services for Captain Carlson will be held October 20th at the Chapel of Cox Funeral Home in Hamilton, Georgia.
Thank you,
~ Carol for the PCN

Mr. Carlson was born July 30, 1936 in Attleboro, MA, the son of Herbert Axel Carlson and Alice Johnson Carlson. He attended Northeastern University in Boston and afterwards joined the U. S. Army. During his time in the military Mr. Carlson was stationed in Korea and served in Vietnam during the war, rising to the rank of Captain. Afterwards he went to work as a pilot for Delta Airlines where he retired as a Captain in 1993 after 25 years’ service. Mr. Carlson was a member of Pine Mountain Valley Church of Christ where he taught the Adult Sunday school class and was song leader. He served on the board of the Pine Mountain Valley Water Association and in 1996, was honored to be chosen as a runner to carry the Olympic Flame through Hamilton, GA, along with his son Mark serving as an escort. After retirement, one of Mr. Carlson’s greatest joys was his volunteer work with the Pine Mountain Trail. He served on the Board of the Pine Mountain Trail Association and was an avid supporter of its upkeep and purpose.

In addition to his parents, he was preceded in death by a sister, Betty Stevenson.

He is survived by his wife of 54 years, Joyce Cook Carlson; a daughter, Carla Carlson, and a son, Mark Carlson and his wife Sunshine, all of Hamilton; a brother, David Carlson (Judy) of Millis, MA.; five grandchildren, Cody Carlson, Haley Smulski, Jannah Perez (Andres), Connor Carlson, and Corbin Carlson; and two great-grandchildren, Khara and Xavier Perez.

Funeral services will be held 2:30 p.m. Sunday, October 20, 2019 at the Chapel of Cox Funeral Home in Hamilton, with Tommy Thomas officiating. Interment will follow in Roosevelt Memorial Cemetery.

The family will receive friends from 4:00 until 6:00 PM Saturday, October 19, at the funeral home.

Flowers will be accepted or, the family suggests those who desire may make memorial contributions to the Pine Mountain Trail Association, P. O. Box 5, Columbus, GA 31902.