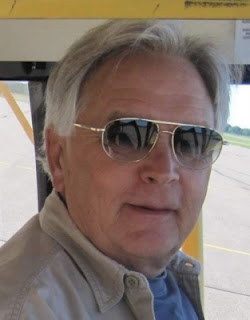 The passing of retired Northwest pilot Richard Casimir Falen (Falenczykowski), age 73, son of NWA Captain Casimir Falenczykowski (1914-1978), is noted below.  Captain Falen is survived by his wife Marge, their children and grandchildren.
To share memories please visit the funeral home website at
https://www.williamsdingmann.com/obituaries/Richard-C-Falen?obId=8161977#/celebrationWall
As noted in the obituary below, a Celebration of Life will be held at Glendalough State Park, Battle Lake,
Minnesota at a later date yet to be advised.
Thank you,
~ Carol for the PCN

I regret to inform you that retired NWA pilot Richard Falen, son of NWA
Captain Casimir Falenczykowski has passed away………………
The family obituary follows.


Richard Casimir Falen (Falenczykowski), age 73, Princeton, MN, son of
Casimir and Susan (Sestock) Falenczykowski, born February 4, 1946, lost his
battle with cancer and a stroke on October 12, 2019. Richard's entire life
centered on his love of aviation, following in his father's footsteps,
earning his pilot's license at age 16, gaining his commercial flying license
at age 18, and being hired by North Central Airlines as a pilot at age 19.
He enjoyed a successful flying career for 35 years as it then became
Republic followed by Northwest Airlines, gaining numerous life-long friends
among his fellow pilots, as well as many others. His love of flying carried
over to the many planes he owned and flew with great finesse, and he was a
mentor to anyone who was interested in aviation. Harley Davidson motorcycles
and collector cars were also among his favorite things that he and Marge,
his wife and also life-long partner since the age of 15, with which they had
many unforgettable times together. Richard had a penchant for wanting to
relocate every few years so that even his family could not keep track of his
current address, but it was an exciting life for both he and Marjorie. He
had a great sense of humor, made friends easily, and could always elicit a
laugh with his wry humor. He dearly loved all his dogs, especially, Golden
Retrievers Shiff and Taz, who are now reunited with him at the other side of
the rainbow bridge. Richard and Marge celebrated 52 years of marriage and
happiness on September 2, 2019.

A sincere thank you to Drs. Jurgens and Hussein, their nurses, and the
Fairview Hospice Staff for the excellent care and support Richard received
during his illness and final days.

A Celebration of Life will be held at Glendalough State Park, Battle Lake,
MN, at a date to be announced when arrangements can be made. Please check
this website for further information soon.