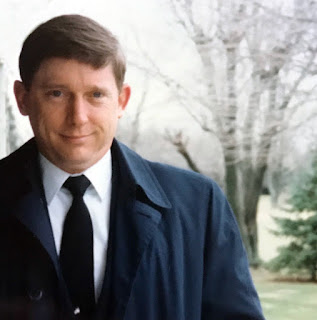 Belated notification….and as noted in February’s issue of the ALPA magazine, the passing of retired Northwest/Delta pilot Captain Timothy Joseph O’Laughlin, USNR, Ret.  Captain O’Laughlin joined Northwest Airlines 11-24-1989 and retired with Delta Air Lines in 2011.   He is survived by his wife Peggie, their son Aaron plus many other extended family members.
Obituary information may be viewed online at
https://www.tributearchive.com/obituaries/8680012/Capt-Timothy-J-OLaughlin-USN-Ret
A news article and obituary information is also available at
https://www.claytodayonline.com/stories/obituaries-111419,20216
“Timothy Joseph O’Laughlin died when his single engine aircraft that he was piloting inexplicably crashed on the evening before his 73rd birthday. Tim was an avid pilot since his days as a teenager in Waynesville, Ohio, learning to fly at Red Stewart Airfield.He served as a Naval Aviator for over a quarter of a century, flying the T2 Buckeye, F9 Cougar, A-6 Intruder, A-4 Skyhawk, A-7 Corsair II, and C-9 Skytrain. He retired as a Captain in 1997. His fellow aviators gave him the call sign, “Timo.” In 1978, Timo realized his dream of becoming a commercial airline pilot when he was hired by Eastern Airlines, beginning a career with the airline industry that would last 33 years. In 2011, he retired from Delta Airlines with over 20,000 hours of flight time……….”
To the best of my knowledge and as noted in whitepages, Captain O’Laughlin had most recently resided at
2469 Henley Rd.,  Green Cove Springs, FL 32043
Thank you,
~ Carol for the PCN

Obituary……………….. Timothy Joseph O’Laughlin - “TIMO”
Timothy Joseph O’Laughlin was born in Dayton; Ohio; and; during his early childhood; he lived almost directly in the flight path of Wright-Patterson Air Force Base. The rumbling jets overhead inspired a passion for aviation that lasted throughout his life. At the age of ten; his parents moved a few miles south to Waynesville; Ohio. At his new school; Tim quickly made friends with Cub Stewart; the son of Red Stewart; the local airfield owner. Soon he was on his way to obtaining a private pilot’s license; with a dream to become a commercial airline pilot. In that pursuit; he accumulated flight hours at Red Stewart Airfield; then as high school drew to a close; he applied to Morehead State University in Kentucky.;
While in college; Tim would come home to Waynesville on weekends and holidays to visit friends and family; and to get more flight hours at the airfield; paying for them by working as a parts delivery man; apprentice electrician; and other odd jobs. One weekend in 1964; at a local dance in Waynesville; the then college freshmen asked Peggie Quillen; a high school sophomore; for a dance. They began going on dates in an airplane; flying to local airports; grabbing a burger and Coke; keeping their dates simple so Tim could save money to put toward flight hours.
In 1968; Tim and Peggie were married; and their son Jeffrey was born in 1969.;
After graduating from Morehead State University; with the Vietnam War draft looming; Tim weighed his options and joined the US Navy. He was designated a Naval Aviator in 1970; first assigned to Attack Squadron 42 (VA 42) at NAS Oceana; Virginia. His fellow aviators gave him the call sign; “Timo.”;
During his active duty in the 1970s; Timo made 362 carrier landings and piloted a variety of planes; including the T2 Buckeye; F9 Cougar; A-6 Intruder; A-4 Skyhawk and A-7 Corsair II. From 1971 to 1974; he was assigned to Medium Attack Squadron VA-34; based aboard the USS John F. Kennedy (CVA-67). During this time; he and Peggie; had their second son; Christopher.; In 1974; two months after he and Peggie’s third son; Aaron; was born; he moved to the Jacksonville; Florida area where they would reside for the rest of his life. Timo continued on active duty as a training officer for the Naval Air Reserves; served as a Program Manager for VA 1074; then an Operations/Aircraft Division Officer; Division Lead and NATOPS Officer in Light Attack Reserve Squadron VA-203.;
In 1978; Timo realized his dream of becoming a commercial airline pilot when he was hired by Eastern Airlines; beginning a career with the airline industry that would last 33 years.;
Throughout the 1980s and 90s; Timo continued his work with the Navy in the reserves. He flew the C9 Skytrain all over the world in Fleet Logistics Support Squadron VR-58. As Executive Officer of VTU 7474; he helped ease the assimilation of Naval reservists back into the civilian community after their service in Operation Desert Storm. In the last years of his Naval career; he provided support and ran Joint Service Reserve programs for the National Defense University. He retired from the Navy on April 1; 1997; as a Captain.; Timo continued flying for Northwest Airlines and Delta Airlines. In addition; around the start of the new millennium; with a family adventure in need; Timo and Peggie purchased a motor home and began traveling the country; seeing “America the Beautiful; ” making new friends; and of course making stops at Lakeland’s Sun ‘n’ Fun Air Show and the Experimental Aircraft Association’s AirVenture Oshkosh.;
In early 2011; Timo retired from Delta Airlines on the Airbus A330; bringing a close to an airline career with over 20; 000 hours of flight time.; After retiring; he decided to get closer to his roots; actively became a member of the Experimental Aircraft Association; and purchased a small single engine aircraft; a Van’s RV-4. In addition to recreational flying; Timo and other former military pilots performed missing man formations for Veterans’ memorial services and other military functions when called upon.; Timo purchased and; with help from his friends and family renovated; a hangar at Haller Airpark in Green Cove Springs. When one of the airpark neighbors designed his own homebuilt aircraft;
Timo; looking for a new adventure; bought the kit and began construction. He completed the Sport Performance Aviation Panther; a single seat; low wing plane; in early 2019. He flew both planes; the RV-4 and the Panther; regularly. On October 31st; 2019 he took the RV-4 for what turned out to be his last flight.; Timo endeared himself to others with his humor; straight forward manner; love; and contagious zest for life. Always with a look of mischief in his eye; he loved to make you laugh and everyone in his company was enriched by the experience. To Timo; nobody was a stranger but was just a friend he had not yet met. He touched many lives; and everyone who knew him will cherish his memory forever.;
Timo was a great American; husband; father; and friend. He is survived by Peggie; his wife of fifty-one years; son Aaron; many aunts; uncles and cousins. He is preceded in death by his mother and father; Agnes and Joseph O’Laughlin; and his sons Jeffrey and Christopher.
In lieu of flowers the family requests you donate to EAA Young Eagles https://www.eaa.org/eaa/apps/donations/donationform or Rodeheaver Boys Ranch; Palatka Florida. http://rbr.org/donations/