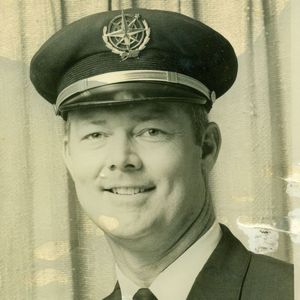 From: PCN DEATH Notice Mgr
Sent: Monday, January 23, 2012 12:59 AM
To: Pilot Communication Net
Subject: PCN - Death of NEA/DL pilot Capt. George F. Schofield Jr., age 81
Notification of the passing of Korean War veteran and EA/NEA/DL pilot
Captain George Schofield.  Born December 26, 1930 George Fowler
Schofield Jr. was 81 years of age at the time of his passing January
14, 2012.  George hired on with NEA 06-16-1958.  The obituary mentions
he retired in 1961 but I believe that to be a typo.  George was based
MIA at the time of his retirement with Delta.

To view/sign the online guestbook please visit the funeral home
website at http://www.youngandprill.com/   or
http://www.legacy.com/obituaries/tcpalm/obituary.aspx?n=George-Schofield&pid=155570656

George Fowler Schofield Jr., 81, died Jan. 14, 2012, at Martin
Memorial Medical Center, Stuart. He was born in New Lexington, Ohio,
coming to Stuart in 1985 from Miami. He was an Air Force pilot in the
Korean War and the Cuban Missile Crisis. He later flew as flight crew
with Eastern, Northeast and Delta Air Lines, retiring as a Delta
captain in 1961. He was a graduate of University of Miami. Survivors
include his wife of 44 years, Jeanne Schofield of Stuart; sons, Bruce
Schofield of California and George Schofield of Dunnellon; daughter,
Deborah Preston of Miami; brother, Tilden R. Schofield of Wildwood;
and three grandchildren. He was preceded in death by his daughter,
Valerie Schofield; and brother, David Schofield. Memorial
contributions may be made to your charity of choice . Services: A
celebration of life will be at 11 a.m. Jan. 28 at Forest Hills Funeral
Homes-Young and Prill Chapel, Stuart, with the Rev. Marcus Zillman
officiating. A guestbook is available at http://www.youngandprill.com/