Notification of the passing of Air Force veteran and DL pilot Captain Charles ‘Chuck’ Jones.  Born December 17, 1957 Charles David Jones III was 54 years of age at the time of his passing April 21, 2012.   Captain Jones hired on with Delta 05-30-1988.  To view/sign the online guestbook please visit
http://www.legacy.com/obituaries/spokesman/obituary.aspx?n=Charles-JONES&pid=157249711
or the funeral home website at 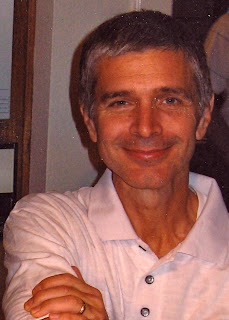 JONES, Charles David III
After a heroic battle against cancer, Charles David Jones III passed away surrounded by his beloved family on Saturday, April 21, 2012.
Chuck made difficult things look easy, whether piloting a jet airliner, mastering the art of building a house or by simply being a wonderful son, husband and father. He was an avid Dallas Cowboys and Texas Rangers supporter who served his country as an Air Force officer for nine years followed by 24 years as a Delta Air Lines pilot where he flew with a relaxed, confident manner while honing his skill by always being well-prepared.
Born in San Antonio, Texas on December 17, 1957, he was the third child in a military family. After moving around the country several times, he graduated from Medical Lake High School in Spokane, Washington in 1975 where he was the commander of the Air Force Junior ROTC unit. Following through with his aspiration for an Air Force career, Cadet Jones attended the United Sates Air Force Academy, graduating in 1979 with a Bachelor of Science Degree in Engineering Mechanics. With the lifetime dream of becoming a pilot, Lt Jones attended pilot training at Laughlin AFB in Del Rio, Texas receiving his Certificate of Aeronautical Rating as a pilot in 1980. Wishing to bestow his knowledge of flying upon fledgling Air Force pilots, he became an instructor pilot.
After eight years of friendship, Chuck's lifetime relationship with his wife Lynette began. Married on September 9, 1985, the first years of their marriage were spent in Okinawa, Japan where he was an RF-4 Phantom pilot. As with everything else in his life, Capt. Jones was an extraordinary fighter pilot excelling with every mission he flew and commanded.
Upon completion of his commitment to protect our country, Chuck departed the military and began his career as a Delta Airlines pilot. True to his enthusiastic attitude in life, he excelled in his career as a pilot flying both domestic and international flights.
Relocating to Flower Mound, Texas and eventually Bartonville, Texas, he and Lynette's family started with the birth of Christopher Andrew Jones on November 27, 1988 and the birth of Scott Alexander Jones on October 30, 1992. True to their nature of endless love, passion and teamwork, they raised two incredible young men who have a great respect for life and those around them. Chuck was an astonishing man who received great pleasure by spending time with his family. His unwavering courage, strength, selflessness and devotion to his wife, sons, family and friends are his vibrant legacy.
In addition to his wife Lynette and sons Chris and Scott, Chuck is also survived by his parents Colonel (retired) Dave and Margaret Jones, and five siblings: Jennifer Howland, Jackie Bright, Larry Jones, Bruce Jones, and Jon Jones.
A celebration of Chuck's remarkable life will take place at a memorial service on Thursday, April 26 at 2 p.m. at Trietsch Memorial United Methodist Church in Flower Mound, TX.
The family wishes, in lieu of flowers, contributions be made in Chuck's memory to the American Cancer Society at http://www.cancer.org/   Please specify: In Memory of Chuck Jones (in the memo line). Please send memorial email card from American Cancer Society website to Lynette Jones at ljjones1985@gmail.com
FLOWER MOUND FAMILY FUNERAL HOME, FLOWER MOUND, TX
Published in Spokesman-Review from April 26 to April 27, 2012.
Posted by Unknown at 5:59 PM