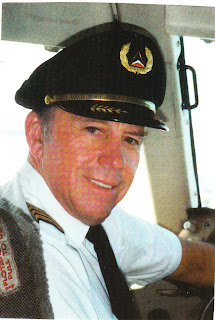 Word has been received of the passing of USMC Korean war veteran and NEA/DL pilot Captain James Minott Baker, age 79.  Jim hired on with NEA 12-18-1957.
To view/sign the online guestbook please visit    http://www.legacy.com/obituaries/bostonglobe/obituary.aspx?n=james-minott-baker&pid=157270993
The funeral home website should be updated shortly at  http://www.campbellfuneral.com/
Captain Baker is survived by his wife Deborah of Boxford MA.  (978) 887-5285
~ IN MEMORY ~
JAMES MINOTT BAKER
February 11, 1933 ~ April 25, 2012 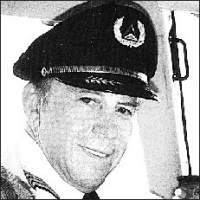 James Minott Baker of Boxford, April 25, 2012, age 79. Beloved husband of Deborah (McMillen) Baker, died Wednesday, April 25, 2012 at the Kaplan Family Hospice House in Danvers surrounded by his loving family. Born & raised in Gardner, he was the son of the late James W.H. & Olive L. (Minott) Baker. He graduated from Gardner High School & attended the University of Vermont. He then pursued his passion at East Coast Aero Tech to prepare for a career in aviation. An honorably discharged veteran, he served his country during the Korean Conflict as a member of the United States Marine Corp. Mr. Baker had been employed originally as a pilot for Northeast Airlines and for Delta Airlines most of his career as a pilot, assistant Chief pilot and then Chief pilot, until his retirement in 1993. He also worked as pilot & Director of Flight Operations for King Air Charters, Lawrence Airport, Director of Flight Operations for the new Pan Am, based out of Pease Air Force Base & an aviation analyst for Fox 25 News & NECN. He was a loving husband, father, grandfather & friend who will be missed by all who knew him. In addition to his wife with whom he shared 32 years of marriage, he is survived by 3 sons, Scott A. Baker & his wife, Mary R. of Sandown, NH, Steven J. Baker & his wife, Jana M. of Hebron, KY & James M. Baker of Boxford, a daughter, Paula A. Deffer & her husband, Scott J. of Beverly; 13 grandchildren. He was also the brother of the late John A. Baker. A funeral service will be held at the Congregational Church of Topsfield, 9 East Common St., Topsfield, Monday, April 30, 2012 at 11 a.m. Relatives & friends are invited to attend. Visiting hours at the Campbell - Lee, Moody, Russell Funeral Home, 525 Cabot Street, Beverly (North Beverly location) Sunday from 2-5 p.m. Burial in Central Cemetery, Halifax, MA, Tuesday at 1 p.m. In lieu of flowers, expressions of sympathy may be made in James' memory to Hospice of the North Shore, 75 Sylvan St., Danvers, MA 01923 or the Congregational Church of Topsfield, 9 East Common St., Topsfield , MA 01983. Information, directions and condolences at http://www.campbellfuneral.com/
Published in The Boston Globe on April 27, 2012.