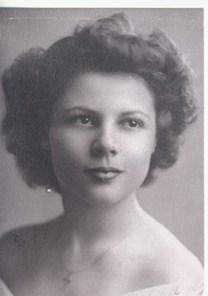 Ann Holloway Cantrell passed away Saturday, May 19, 2012 in her home in Duluth, Georgia with her loving husband Jack by her side. Born in Atlanta, Georgia to Irene George Holloway and James Roy Holloway on January 23, 1926. Ann married native Atlantan Jack Cantrell. After meeting Jack on September 19, 1940 at Margaret Byrons School of Dancing, Ann writes "It was a beautiful autumn day, or so it seemed after we met. It was the beginning of a courtship that lasted 4 years and ended in our marriage." Jack and Ann married hours after Jack received his Navy WINGS in Pensacola, Florida on August 8, 1944. An only child, Ann and Jack had eleven children. Jack Moreland, Patricia Irene, Carol Ann, Susan Allen, Diane Gay, Carter Holloway, Karen Marie, Connie Lynn, Stephen Scott, Leslie Kay and Ansley Paige. Their 67 year marriage enjoyed these children followed by 25 grandchildren and 10 great grandchildren. After the Navy, World War II and the Korean War, Jack and Ann returned to Atlanta where Jack found his career flying for Delta Airlines. Travel and children became their life. Seeing Ann and Jack on TV at the b\Braves Game was a regular event. Following the braves for years, they were honored with a "Cantrell Night' in the late 60's. Ann spent her life raising her children, traveling with her husband and children and attending various sports events. She loved her husband with everything she had, her children with fierce devotion, her grandchildren and great grandchildren with splendor. She also loved the beach, Jekyll Island, Christmas, traveling with Jack and the kids, snow days and her children returning home from their travels and homes away from Atlanta. Ann and Jack are members of Northminister Presbyterian Church. In appreciation of Ann's great love and devotion to children, the family appreciates donations to Angel Flight Foundation, headed up by her first born, Jack, and to the Children's Hospital of Atlanta. Funeral services will be held Tuesday, May 22, 2012 at 1 p.m. at Sandy Springs Chapel. Interment will follow in Arlington Memorial Park. Sandy Springs Chapel, 136 Mt. Vernon Hwy., Sandy Springs, GA 30328
Service Information
Funeral Service:  Tuesday, May 22, 2012
1:00p.m. - 2:00p.m.
Sandy Springs Chapel
136 Mt. Vernon Hwy.
Sandy Springs, Georgia 30328
404-255-8511
Posted by Unknown at 2:57 AM