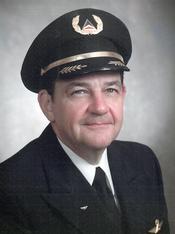 I wish to thank RM for sharing the the sad news about Pat's final
flight West.  Please forward condolences to Linda at the address
within the last illness update below:

Word has been received about the sad passing of retired Capt Pat
Rupp.  His details will be posted on our Flight West blogspot soon.

Last illness update with the Rupp home address inside:

MSY retired Capt. Pat Rupp has gall bladder and liver cancer that is advanced and there is nothing that the doctors can do for him.  I talked to him this morning but he has trouble talking on the phone.  I know he would appreciate getting cards from all his old Delta friends.  Please keep Pat & his family in your prayers since his wife, Linda, is not well either.  His address is R.J. Rupp, 406 W. 23rd Ave., Covington, LA 70433.   He said please not to send emails as he just can't sit at the computer.  He said he has had no pain but is so weak.
R.M. Warner