News has reached us that Viet Nam war veteran and NWA pilot Captain E. K. Whiting has passed away due to an accidental fall at home.   Evans Kellogg Whiting was 73 years of age at the time of his passing May 6, 2012.
Captain Whiting hired on with Northwest 12-02-1968.
~ IN MEMORY ~ 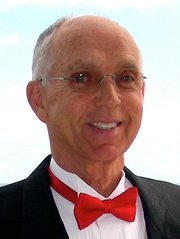 http://www.chronicle-independent.com/section/33/article/14959/
Evans Kellogg Whiting
Kailua, Hawaii
Published May 18, 2012
Evans Kellogg Whiting, 73, died early Sunday morning, May 6, after a fall from his roof in Kailua, HI. He had been photographing the full moon. EK was born September 8, 1938, in Asheville, NC, and moved to Camden in the fall of 1948. He graduated Camden High School with the class of 1957. After a year at Davidson College, he enlisted in the Army and later graduated from the U.S. Military Academy at West Point. He entered the Air Force and flew B52s for two tours of duty in Vietnam. After the war he became a pilot for Northwest Airlines and loved it so much that in the thirty years he flew, he said he felt he’d "never worked a day in his life." He retired at age 60 in Hawaii, and energetically pursued his love of travel and adventure, often combining trips with volunteer opportunities such as tutoring children in the Cook Islands.
Mr. Whiting was the son of the late William Scott Whiting, Jr., and Emily Kellogg Whiting Norvelle, and is survived by his wife Marianne Kibler Whiting; his daughter Kimberly Sprague Whiting; his twin grandchildren Bennett Theo Whiting Staton and Eliza Shanti Whiting Staton; his son William Scott Whiting; and three remaining sisters: Eleanor Whiting Moylan, Mary Rice Whiting Somerville, and Isabell VanMerlin.
http://www.chronicle-independent.com/section/33/article/14959/
============================

From: RNPA News  Sent: Monday, May 07, 2012 9:04 AM
Subject: RNPA News: EK Whiting Has Flown West.
I have another sad message to send.  Last night EK Whiting went out onto the roof of his Lanikai house (he had recently built a special platform there) to look at the 'super moon' and somehow fell to his death.  I was only just notified and have little in the way of details, but with his wife Marianne's permission I will forward more later.