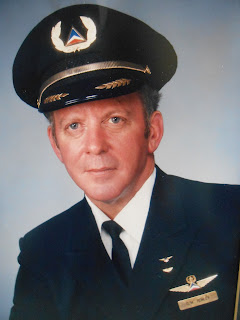 Notification of the passing of DL retired Captain David Remley.  Born June 13, 1941 David McKay Remley was 70 years of age at the time of his passing May 30, 2012.  Captain Remley hired on with Delta 05-04-1964 and was based MSY.
To view/sign the online guestbook please visit the funeral home website at  http://www.jonesfamilyfuneralservices.net/fh/home/home.cfm?fh_id=12269 or the newspaper site at
http://www.enterprise-journal.com/obituaries/article_b9b23786-ac14-11e1-8d53-001a4bcf887a.html
A private family memorial service was held Thursday, May 31, at the Remley home.  Personal condolences may be sent to
243 Joe Pittman Road, Tylertown, MS 39667-7124
~~~~~~~~~~~~~~~~~~~~~~~~~~~
David McKay Remley, 70, of Tylertown, died May 30, 2012 at his residence.
Mr. Remley was born June 13, 1942 in Washington, DC. He was the son of Ralph Remley and Alice McKay Remley.
Mr. Remley was a retired Captain for Delta Airlines and flew for them over 32 years. Mr. Remley was raised in Garrett Park, Maryland and moved to the Dexter Community in 1971 which he loved and lived there for over 40 years.
Survivors include his children, Dr. Brian Remley and wife, Angela of McComb, Joan Bullock and husband, Dr. Johnny Bullock of Columbia, MS and Russell Remley and wife, Isla of Madison, MS; one sister, Anne Bosworth of Bullhead City, AZ and 11 grandchildren, Mary Linda Remley, Spencer Remley, Natalie, Remley, Brice Remley, Jas Stringer, Jay Stringer, Julie Bullock, Meghan Bullock, Sarah Bullock, Malachi Remley and Grace Remley.
Mr. Remley was reunited with his high school sweetheart Joni Peterson at their 50th Class reunion and enjoyed her company for the last two years of his life.
A family memorial service was held Thursday, May 31, 2012 at Mr. Remley’s home.
In lieu of flowers donations may be made to the American Cancer Society.
Posted by Unknown at 3:47 AM