Word has been received of the passing of Air Force veteran and DL Captain Thomas ‘Tom’ Hilgenberg.  Born March 2, 1936 Thomas James Hilgenberg was 76 years of age at the time of his passing June 1, 2012..  Tom hired on with Delta 08-05-1963 and was ATL based.
To view/sign the online guestbook please visit the funeral home website at  http://www.mckoon.com/html/obituaries.html
Survived by his wife Charlene personal condolences may be sent to
2836 Mount Carmel Road, Newnan, GA 30263-3605 ... (770) 253-1201
You may also contact daughter Heidi at Heidi@citdone.com
Thank you,
~ Carol 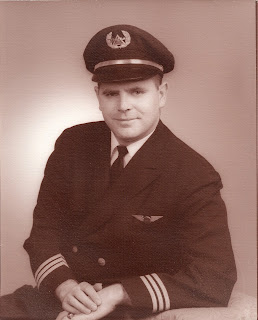 Thomas James Hilgenberg passed away peacefully, at home in Newnan, GA on June 1, 2012, surrounded by family. Born March 2, 1936 in Oshkosh, WI to Jack and Dorothy Hilgenberg, he was the 2nd of 10. Tom grew up with 7 brothers and 2 sisters. A competitor, first and foremost, he always played sports, based on the season, and winning was the goal!
After high school, Tom attended the University of Wisconsin in Madison, WI and graduated with a degree in Geology. After college, he went into the Air Force and became a pilot who flew bombers to gain his hours to become a commercial pilot. Tom joined Delta Airlines in August 1963, going on to become a Captain, flying jumbo jets, nationally and internationally, for over 30 years. He met Charlene Huhn, now Hilgenberg, on a flight shortly after joining Delta and the rest is History. They married in 1964 and had a daughter, Heidi, in 1965. Son, Christopher Thomas, followed in 1971.
Charlene was already involved in horses and Tom dove right into that world. They established Great Oaks Morgans in Newnan, GA in 1965 and the farm went on to produce many regional and national champion Morgan Horses. Together, the family was instrumental in introducing Georgia and the SE region of the US to the Morgan Horse during the 60's, 70's and 80's. Tom and Charlene were also involved in the development of the GA Morgan Horse Club as well the Dixie Cup Horse show, both still in existence. In the late 80's, Tom turned his competitive focus toward Competitive Carriage Driving, becoming an active participant as well as leader in the Driving community. His passion for the sport culminated with him being a member of the 1998 Silver Medal winning USET Single Horse Carriage Driving team in Ebbs, Austria with Georgia bred Morgan gelding, Gus, aka Who's Zooming Who. Additionally, he was the top finishing American out of 60 competitors. After retiring from competition, he continued as an active member in the Driving community as a judge, trainer and committee member for several years until ill health forced him to a less active life.
He is preceded in death by his parents, Jack and Dot, son, Christopher Thomas, and brother, Steve. He is survived by his wife, Charlene, daughter Heidi, her partner Anna, daughter in law, Cindy Bunn, grandchildren, Jessica, Alex and Christopher and his mother in law, Rita Huhn as well as brothers, Jack (Pat), Bob (Sharon), Dennis (Annie), Donnie (Barb), Frank (Fran), Rich (Terri), sisters, Hope (Carl), Marilyn (Joe) and sister in law, Mary, 16 nieces and nephews and their families and as well as his beloved dogs, horses and many lifelong friends.
A celebration of Tom’s life will be held at Great Oaks Morgans, Newnan, GA on Sunday, June 10, 2012, starting at 4pm. Please email Heidi@citdone.com  for directions. In lieu of flowers, please donate generously to the Alzheimer’s or Cardiovascular charity of your choice.
Posted by Unknown at 6:22 PM