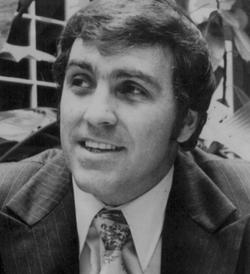 Word has been received of the passing of retired DL Captain Ron Pedro.  Ron’s health was complicated by the effects of ALS.  He was 70 years of age at the time of his passing.  Captain Pedro hired on with Delta 10-17-1969 and was based DFW/CVG.
Survived by his wife Suzanne ‘Suzi’, personal condolences may be addressed to
8 Fairway View Ct.,  Hammond, LA 70401-8200  ...  (985) 340-2831
To view/sign the online guestbook please visit the funeral home website at
http://www.thompsoncares.com/sitemaker/sites/Brando1/obit.cgi?user=655009Pedro  or  http://www.thompsoncares.com/?page=home
Ron’s Life Legacy
Ronald “Ron” Eugene Pedro
Age 70, a native of Bloomington, Indiana and resident of Hammond, Louisiana, Ron passed away on Monday, June 25, 2012 at his residence. He was a consummate poet, pilot, and professor. His achievements ranged from several master degrees to a doctorate in philosophy and criminal justice administration. He is a seasoned author of "The Gathering Chase in Other Verse," and "Policy and Procedure as a Prelude to Peril." Professionally he served as an international airline Captain for delta airlines. After his retirement, he was a professor in Criminal Justice at several universities, most recently at Southern University in New Orleans, where he was admired by his students of faculty. His passions ranged from the thrill of flight, his devoted and loving wife “Suzi”, his beloved menagerie of animals, and his deceased mother in law. He dedicated his community spirit in Hammond, Louisiana, as reigning king omega XVIII along with his wife, Queen Suzanne.
Ron leaves behind his wife of 16 years, Suzanne Zazulak Pedro; children, Roshera Autrey, Cheress Steinhorst and husband Todd, (daughters of Ron and Sharon 1962-1967); Candace Olivia Pedro, Ronald “Ronnie” Pedro, Jr., Ava Pedro, (children of Ron and Olivia Collier Pedro 1975 - 1998), along with his grandchildren, Chad, Spencer, Josh, Zaden and Lyla; great-granddaughter, Lily Marie Autrey. He is also survived by his half-sister, Jericho Poplar and half-brother, Philip Poplar.
Preceding Ron in death were his son, John Pedro; parents, Albert and Mary Pedro.
Relatives and friends of the family are invited to attend the Memorial Mass at. St. Albert the Great Catholic Church in Hammond on Thursday, June 28, 2012 at 10:30 a.m., with visiting hours beginning at 10:00 a.m. Fr. Randy Cuevas will celebrate the Mass.
Condolences and other information are available online at www.thompsoncares.com
Arrangements have been entrusted to Brandon G. Thompson Funeral Home of Hammond.
Brandon G. Thompson Funeral Homes
12012 Hwy 190 West
Hammond, LA 70401
225-567-1884
From: John Owens     Sent: Monday, June 25, 2012 12:09 PM    Subject: Death of Ron Pedro
Retired Delta Captain Ron Pedro (age 70) passed away this morning in Hammond, La  He had been inflicted with ALS.  Further information as to services etc. to follow.
John Owens
jo@fastband.net
Posted by Unknown at 9:03 PM