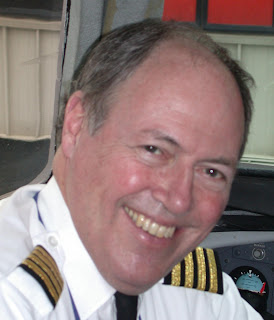 I wish to thank Arnie Kraby for sharing the sad news of the death of retired Delta Captain Stephen “Steve” Paul.  This is preliminary information as the memorial service is scheduled this Saturday.  More details and the obituary will be published when available.  Your condolences can be sent to Ginny’s address below.

On 8/18/12 addition of the following full obiturary:

Stephen E. Paul “Steve” passed away unexpectedly on August 12, 2012, in Grand Lake, Colorado.  He was born in Milwaukee, but grew up in Denver, graduated from East High School and the University of Colorado in Boulder.  He is also a graduate of the Catholic Biblical School which he attended in the late 80’s.
Steve lived life to the fullest and had many friends of all ages.  He was an active duty Navy pilot between 1966 and 1971, and was honorably discharged from the Navy Reserve in 1973.   He then flew as a Delta Airlines pilot for thirty years, enjoying a life of world-wide travel and adventure.  He finished his career as a Captain on international routes and retired from Delta in 2003.
In “retirement,” Steve got a Cessna 206 and volunteered with Angel Flight, helping patients get to their far-away caregivers and acting as assistant wing leader.  He also flew many volunteer missions for Light Hawk, an environmental organization, conducting aerial surveys of endangered lands and wildlife – always with stories to tell and so excited about the next trip.  He flew several times to Alaska, generously taking friends along as co-pilot or navigator.  Finally, just weeks before his death, Steve fulfilled his dream of achieving a float plane rating.
Steve worked tirelessly as President of the Greater Grand Lake Shoreline Association (GGLSA) in an effort to “Keep Grand Lake Blue.”  He was very active in the Grand Lake Yacht Club and, although he wasn’t the sailor that he was pilot, he may still hold the record for the fastest uncontrolled leg of a sailboat race on Grand Lake.
Steve’s happiest moments were surrounded by family and friends sharing his love of excellent wine, fine food and sometimes a guitar-playing sing-a-long.  After flying, his most recognized talent and passion could be seen in every glorious arc he cut skiing on snow or through water.  He was active, generous and compassionate, and immeasurably enriched the lives of everyone who knew him.
Steve was preceded in death by his parents.  He is survived by his wife of twenty-five years, Ginny; daughter, Kim and son-in-law, Jeff Knudsen; newborn grandsons, Kai and Quinn Knudsen; sister, Sarah O’Reilly and husband, Ed; father-in-law, Michael Dux; sister-in-law, Jackie Graese; and many loving family members and friends.  He will be sorely missed.
Contributions in Steve’s name may be made to: www.lighthawk.org; www.angelflightwest.org; or www.GGLSA.org 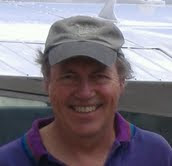 This is to report the death of Stephen “Steve” Paul on August 12, 2012 in a bicycle accident. Unfortunately, no obituary has been published as of this date but there is a definite possibility that a Memorial Service MAY be held this Saturday, August 18th. I’m guessing you may be waiting to publish until you have an obituary to either confirm or provide more information regarding services, etc. My only concern is that if a Memorial Service is in fact held this Saturday, people will not have much time to make arrangements to attend. Steve’s widow, Virginia (Ginny) is in such a state of shock that she has not been able to make some of the necessary decisions which is why there are no definite plans at the moment. I am in ATL and still working for Delta so I cannot immediately leave for DEN to assist. However, Jason Brooks, a SkyWest pilot, and close friend of Steve is assisting Ginny and communicating with me. Jason’s phone number is 303-994-5180.

Thanks for your assistance in sharing this news with the retired members of the Delta family.