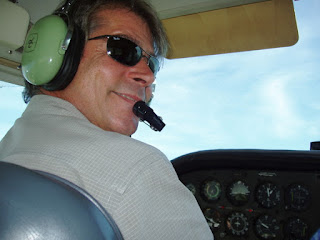 The passing of NWA F/O Wilbur G. Hildreth is noted in the Memoriam column
of the June/July 2012 issue of Air Line Pilot/ALPA magazine.  Born February 19, 1957 Wilbur Gerald ‘Billy’ Hildreth was 54 years of age at the time of his passing January 13, 2012.  He had most recently resided in the Glen Head and Sagaponack NY areas.
If anyone has more information to share, please let us know.  Additions/corrections to
above information is always appreciated. 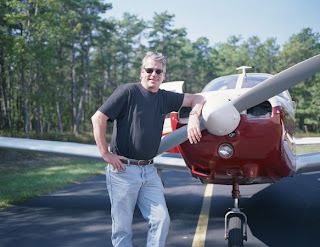 Billy Hildreth Succumbs to Cancer at 54
Sagaponack man was a commercial airplane pilot and real estate broker.
January 18, 2012
Wilbur G. Hildreth, of Sagaponack, better known as Billy, died Friday with his family at his bedside after a long fight with cancer. Born Feb. 19, 1957, he was 54.
Hildreth was born in Manhasset and grew up in Glen Head. He aspired to be a pilot and after high school he attended the Florida Institute of Technology and received his Bachelor of Science in air commerce flight sciences. He graduated in 1980 and became the youngest pilot to be recruited by a major airline. He flew as a commercial transport pilot for Northwest Airlines for more than 15 years. He held more than 23 certifications and had more than 50,000 hours of flight time.
After his retirement from the airlines, Hildreth became a commercial leasing broker in New York City and later formed his own company, Hildreth Real Estate, in Sagaponack. He continued to fly as a private pilot and in pursuit of his ultimate dream he most recently flew a T16 Texan and P51 Mustang. When he wasn’t piloting or instructing, he was a motorcycle enthusiast often seen riding around Sagaponack on his Harley Davidson.
Son of the late Wilbur L. Hildreth, he is survived by his mother, Louise Bruno Hildreth; his sister, Joy Hildreth; his brother, Leland Hildreth; his life partner of 11 years, Marie-Christine Gonzalez and his only child, Lily Simone.
"Billy touched many lives with his generosity and compassion," his family wrote. "He was also known for his vivacious character and wicked sense of humor, which he maintained all the way to the end."
A wake is planned Wednesday from 7 to 9 p.m. at Brockett Funeral Home in Southampton Village. A funeral mass is scheduled Thursday at Queen of the Most Holy Rosary Roman Catholic Church in Bridgehampton.
In keeping with Billy’s wishes, the family requests that in lieu of flowers donations be sent to his favorite charity, Guiding Eyes for the Blind.
Brockett Funeral Home
203 Hampton Rd Southampton, NY 11968
631-283-0822
Posted by Unknown at 6:16 PM