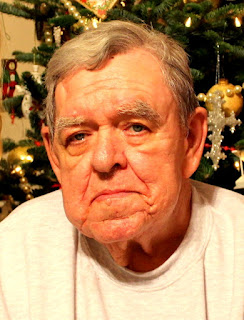 The passing of NWA pilot Captain W. G. ‘Wally’ Rozanas is noted in the Memoriam column of the June/July 2012 issue of Air Line Pilot/ALPA magazine.  Captain Rozanas’s obituary reads “he was a veteran of the Marine Corps, and had been a pilot of 25 years for North Central and Republic Airlines”.  Born June 1, 1933 Walter G. Rozanas was 78 years of age at the time of his passing March 30, 2012.  He had most recently resided in an assisted living facility in Dixon IL.

If anyone has more information to share, please let us know.
Additions/corrections to above information is always appreciated.

Captain Rozanas’s obituary and information will be posted on our blog
site at http://pcnflightwest.blogspot.com/

Thank you,
~ Carol
Obituary:
Walter G Rozanas
Walter G. Rozanas, age 78, of Dixon died Friday March 30, 2012 at Lifehouse Assisted Living in Dixon.  He was born June 1, 1933 in Chicago, the son of John and Bernice (Sus) Rozanas.  He was a veteran of the Marine Corps, and had been a pilot of 25 years for North Central and Republic Airlines.  He was preceded in death by his parents, a daughter Mary Beth Stevens and a sister Dorothy.
He is survived by children, Michele Smith of Brentwood CA, Scott (Jody) Rozanas of Polo IL, Mark Stevens (son-in-law) of Madison WI, John (Bonnie) Rozanas of Racine WI, Thomas Rozanas of Racine WI, Jennifer Rozanas of Madison WI, Rene (Ross) Johnson of Kalispell MT, and Catherine Rozanas of Oakland CA, 12 grandchildren, and a brother, Tom (Maryanne) Rozanas of Rockford IL.
Visitation will be held on Friday April 6, 2012 from 10:00 AM until 12:00 PM (noon)  at the Jones Funeral Home in Dixon.
Posted by Unknown at 6:44 PM