~ IN MEMORY ~
Cynthia Charlton Cole, wife of DFW Charlie Cole
July 19, 1943 ~ September 16, 2012
Word has been received of the passing of Cynthia Charlton Cole, wife of retired DFW pilot Charlie Cole.  Cynthia was 69 years of age at the time of her passing.  Visitation and memorial services will be held tomorrow September 20th in Denton TX.  Graveside services will be held Friday, September 21st.
To view/sign the online guestbook please visit the funeral home website at http://www.deberryfuneraldirectors.com/fh/home/home.cfm?fh_id=13043   or
http://www.dentonrc.com/obituaries-headlines/20120918-cynthia-charlton-cole.ece
Survived by her husband Capt. Charles M. ‘Charlie’ Cole Jr., personal condolences may be sent to their home at
428 Magnolia St.,  Denton  TX 76201-890  ...  (940) 387-4918
http://www.dentonrc.com/obituaries-headlines/20120918-cynthia-charlton-cole.ece
Published: 18 September 2012 06:33 AM
Cynthia Charlton Cole 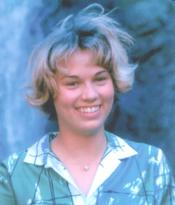 Cynthia Charlton Cole, 69, passed away on September 16, 2012 in Denton, Texas. She was born July 19, 1943 in Del Rio, Texas to the late Marvin and Mary Margaret Charlton. Cynthia graduated from Del Rio High School in 1961 and received a BS in Education at Southwest Texas State University. Shortly after graduation in 1964, she married Charles Mason Cole, Jr. whom she met while he was a pilot in the Air Force at Laughlin Air Force Base. Married for 48 years, Cynthia and Charlie raised three children, Alan, Darren, and David in Denton, Texas.
Cynthia was a third grade teacher for several years before leaving education to focus on raising her three boys. She is survived by her husband of 48 years, Charles M. Cole; and three sons and their families. Her sons and their spouses include: Alan and Camille Cole of Whitehouse, Texas, Darren Cole of Bedford, Texas, and David and Katherine Cole of Providence, Texas. She has five grandchildren, Mason and Clayton Cole of Whitehouse, Texas, Charlie Cole of Providence, Texas, and Katelynn and Darren Cole, Jr. of Bedford, Texas. She is also survived by her brother, Dennis Charlton of Eagle Pass, Texas and her sister, Catherine Cogburn of Austin, Texas.
Cynthia was passionate about her family, her children and especially her grandchildren. She was also passionate about animals and volunteered hours of her time to rescue and foster animals in need of homes. When she was physically unable to volunteer she contributed donations that bettered the lives of thousands of animals.
She was a member of the First Baptist Church of Denton.
There will be a visitation at 12:30 p.m. on Thursday, September 20, 2012 at DeBerry Funeral Directors in Denton. Following the visitation, there will be a memorial service at 2:00 p.m. There will be a graveside service at Bryan City Cemetery in Bryan, Texas at 2:00 pm on Friday, September 21, 2012.
In Lieu of flowers, memorial donations can be made to the Denton Humane Society, P.O. Box 1972, Denton, TX 76202, or to the Denton Animal Shelter Foundation online at http://www.dentonasf.com/donations
From: Steve Deck   Sent: Wednesday, September 19, 2012 1:17 PM
To: pilotcommunicationnet
Just wanted to let you know the Ret. DAL DFW CP, Charlie Cole's wife passed
away this week and the service is sept. 20.  ..........check the Denton Record Chronicle for details.