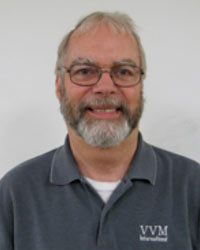 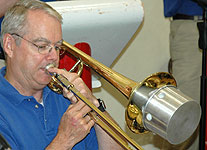 Still no word  ...  NWA retired pilot Michael Arthur Bratlie’s plane went missing since June 8, 2012.  Mike Bratlie of Lakeville MN left a South St. Paul airport in his twin-engine Piper PA-31 Navajo on June 8th bound for Duluth.  Mike was a very experienced pilot, a Navy veteran with thousands of hours of flying time.....after weeks of extensive searching, still his plane has not been located.
Mike hired on with Northwest 11-15-1985.  A gifted musician and composer, Mike was very involved with various church events and music groups after he retired from the airlines.  A good friend of Mike’s has posted this video tribute   http://vimeo.com/44846329  Friends and relatives are still hoping for any sign of Mike and his plane.  Mike's wife Diana has posted a plea for anyone with information to please contact authorities.
This information and more will be posted on our memorial blog site at  http://pcnflightwest.blogspot.com/

Thank you,
~ Carol Faulkner, PCN death notice communicator
death@pilotcommunication.nethttp://pcnflightwest.blogspot.com/
~~~~~~~~~~~~~~~~~~~~~~~~~~~~~~~~~~~~~~~~~~~~
Hoping for sign of missing pilot   (posted August 11, 2012)
Eight weeks ago, my husband, Mike Bratlie, went missing in a twin-engine plane somewhere around Silver Bay. Mike, a Navy pilot, an Alaskan bush pilot and retired NWA captain, was also an avid outdoorsman, musician and artist.
Unfortunately, heroic efforts by the Civil Air Patrol, the Air Force and local law enforcement produced no trace of him or the plane.
Our family continues to hope that he is somewhere in the remote area around Two Harbors or Silver Bay or north. We miss him terribly.
With that in mind, I would like to ask anyone who is hiking, ATVing, fishing or just enjoying the beautiful Northwoods to be aware that Mike is still missing and please keep an eye out for any sign of him or the plane.
Thank you so much to all the people and organizations who aided in the search. Your kindness and generosity means more than I can say. And, thank you to all who are still praying for our family.
Diana Bratlie
Lakeville, MN

http://minnesota.publicradio.org/display/web/2012/06/11/accident/missing-pilot/
Search continues for missing plane, pilot
by Matt Sepic, Minnesota Public Radio
June 11, 2012
ST. PAUL, Minn. — Civil Air Patrol crews are continuing to search the Arrowhead region of northeastern Minnesota for a twin-engine plane that went missing Friday.
The pilot, Michael Bratlie, 67, of Lakeville took off alone from the South St. Paul airport and had planned to fly his twin-engine Piper PA-31 Navajo to Duluth and back. Bratlie is a a retired Northwest Airlines pilot.
Civil Air Patrol Capt. George Supan said crews have not picked up the plane's radio distress beacon, but radar and cell phone signals helped establish a starting point for the search.
"We don't know the exact location he was at, but we take the tower that was receiving the signal from the cell phone, and we say OK, that's at a specific point, longitude and latitude," Supan said. "And we go from there in laying out our search pattern."
Supan says they're concentrating the search on land, though crews looked in Lake Superior over the weekend.
Search crews are flying over a wide area of the Arrowhead north of Silver Bay. Supan said they are listening for Bratlie's radio distress beacon while they look for his plane.
"Our aircraft have the radios in there tuned to that frequency, are constantly listening for that, but then doing the physical search looking down at the ground," Supan said.
He says anyone in the Arrowhead region who heard unusual aircraft sounds Friday afternoon or evening should contact authorities.
http://www.valleynewslive.com/story/18866228/search-suspended-for-missing-pilot
Search Suspended For Missing Pilot
Posted: Jun 24, 2012 9:16 AM MST
Updated: Jul 15, 2012 9:16 AM MST
The Air Force and Civil Air Patrol are suspending the search for a Twin Cities pilot and his plane that went missing two weeks ago over northeastern Minnesota.
Mike Bratlie of Lakeville left a South St. Paul airport in his Piper PA-31 Navajo on June 8th bound for Duluth. He made his last radar contact in the Silver Bay area, and since then search crews on the ground, from the air and on Lake Superior looked in vain for evidence of a crash.
Civil Air Patrol spokesman, Lieutenant Colonel Paul Hertel (HUR'-tuhl), says Saturday the search is ending after 13 days without success. He says searchers covered over 2,000 square miles and that likely crash areas were searched multiple times.
Anyone who thinks they found the plane is advised to call 911.
~~~~~~~~~~~~~~~~~~~~~~~~~~~~~~~~~
http://www.rosevillebigband.org/personnel/MikeB.htm
Mike also performs with the Nova Jazz Band and the Ridges Prince of Peace Big Band and leads the Indian Head Council Boy Scout Jazz Band. At St. Michael's in Bloomington, he directs the orchestra and performs with the Good News Big Band and the brass ensemble. He led the orchestra in his arrangement of "Great is Thy Faithfulness" in the summer of 2001.
His arrangements have been performed by the Diamond Valley Big Band in Melbourne, Australia, and several Twin Cities ensembles, including the Good News Big Band and the Nova Jazz Band. The Minneapolis Trombone Choir and Apple Valley High School jazz band (with extra trombonists) have performed Mike's composition, "Gopher Baroque".
Mike is the leader of and principal arranger for the septet Jazz Etc., which includes trumpet, trombone, tenor sax, guitar, bass, drums, and vocalist.
After retiring in 2006, Mike joined the Commemorative Air Force, whose hangar dances the Roseville Big Band has performed for since the late 1970's. In 2006, Mike created a swing medley of the United States military service songs, to premiere at the spring hangar dance.
In addition to the service song medley, Mike's arrangements include "Silver's Serenade", "'Round Midnight," "Grace Yourself," "Jordu," "Wave," and an arrangement of "I'll Remember April" based on Tom Padveen's trombone choir version. His compositions for the band include "Teaser" and "Casa del Sol."
Mike latest arrangement for the Roseville Big Band is a vocal quartet version of "G. I. Jive," which he created for the Rosetones to sing with the band. It received its premiere performance at the Spring 2007 Commemorative Air Force dance.