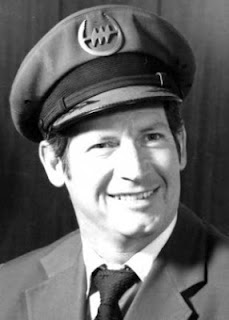 To view/sign the online guestbook for Captain Worley, please visit the funeral home website at http://www.meaningfulfunerals.net/fh/home/home.cfm?fh_id=13416
or the newspaper site at
http://lmtribune.com/obituaries/article_76b1d46e-6bc8-584b-8cc3-0bfe856b10dc.html


Don enlisted in the U.S. Navy in 1944 at age 16 and 9 months. He served in the Philippines in World War II. After his honorable discharge in 1946, he used his G.I. Bill to further his education and flight training. He spent the next 38 years as a commercial airline pilot (Bonanza, AirWest, Hughes Airwest, Republic, and Northwest).


His love for aviation was evident in the many stories he told about his flying experiences. He had the ability to engage his family and friends with passion as he expounded on his many adventures. These stories resulted in a published autobiography, "Into the Wind."


Don enjoyed a number of sports and hobbies, including hunting, fishing, tennis, golf, water and snow skiing, sailing and scuba diving. His most recent passion was deer and elk hunting, bagging his last elk at age 85.


Don and his wife, Arlene, moved to her native area of Lewiston nine years ago. His favorite saying was "The best move we ever made."


He was loved by many and will truly be missed.


A celebration of life will be held at 3:59 p.m. Saturday at the Lewiston Roundup Ketch Pen. In lieu of flowers, donations of your choice may be made in his honor.
Posted by Unknown at 1:26 AM