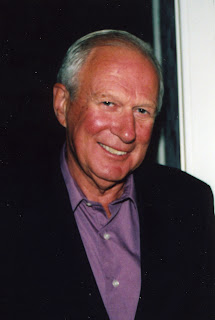 Notificiation of the passing of PAA/DL pilot Captain Carl Scrivener, age 73.  Captain Scrivener hired on with Pan Am 06-05-1967 and retired with Delta at the mandatory age 60, based LGA.
To view/sign the online guestbook please visit the funeral home website at http://www.ccgfuneralhome.com/
Survived by his wife Karyl personal condolences may be sent to the family at
23 Cotuit Bay Drive ,  Cotuit  MA 02635-2913  ...  Home (508) 428-7694
Obituary:
Carl Scrivener, age 73, died on November 1, 2012, a victim of cancer. His wife of 52 years, Karyl, was at his side. The couple had met while attending Quincy High School, and they married soon after Carl’s graduation from George Washington University in 1960. His career always involved aviation. He was an Air Force pilot, a captain for two major airlines, the commander of an Air National Guard base in New York and a lecturer for Embry Riddle Aeronautical University, in Daytona, FL. In retirement, they had lived in Cotuit for 13 years.
He served for seven years in the active Air Force, mostly at Dover AFB, Delaware. There he was a line pilot, flying what was then one of the world’s biggest airplanes, the C-124 Globemaster built by Douglas. The mission called for flights all over the world, often on short notice. Some destinations were difficult, involving crude runways, lack of navigation facilities or extremes of weather. In his last years on active duty, he graduated from the Air Force’s accident investigation course to work on aviation safety problems.
In 1967 he left the airforce to join Pan American World Airways at Kennedy Airport, New York. For nine years he worked from “JFK” as a copilot and navigator on the Boeing 707. His favorite routes, he would say, were along the southern tier of Europe, Lisbon-Barcelona-Nice-Rome, and Beirut. Occasionally those trips would go as far east as Teheran during the days of the Shah’s regime. Unhappily, by the mid-1970s, business problems were getting the best of Pan Am, and along with hundreds of others, he was furloughed.
The layoff from airlines lasted nine years, almost unprecedented in the industry. During that time he turned to the Air National Guard for full-time employment. He began as a “forward air control” pilot at a New York ANG unit, and later he moved up to become the director of operations for six ANG bases in New York State. In early 80’s, he was a foremost planner to relocate one of the airbases to Stewart Airport, Newburgh, New York. Stewart, a former air force base, boasted long runways and little traffic, a situation ripe for development. The Air National Guard acquired giant C-5 Galaxy aircraft from the active forces to place at Stewart. Carl became the first full-time commander of the reactivated base.
By 1985 prospects were improving for the airlines, and Carl accepted Pan Am’s call to return. Initially, he was assigned as a first officer on an Airbus 310. Pan AM was early among U.S. airlines to buy from Airbus. With no training facility for the airplane here in the states, Carl and other Airbus pilots had the pleasure of “checking out” at the factory in Toulouse, France. Later, with the seniority system advancing, he became a Pan AM captain on the Boeing 727. In all, before his career was over, he would become “rated” or Captain qualified on five different airliners.
Pan Am’s troubles were not over, and in 1991 the company went bankrupt. Carl along with about one third of all Pan Am pilots, was able to gain an immediate position with Delta Airlines. Delta wanted the Pan Am routes across the Atlantic. The FAA agreed to that proposition, but as a condition, Delta had to accept the ocean experience of the Pan Am pilots. As the Pan Am pilots were integrated into the Delta seniority list, Carl moved backwards to fly as a “first” on Boeing 767’s. With time, he was able to get back to captain on domestic routes.
After the mandatory age-60 retirement from airline flying, and not ready to cut his ties with aviation, Carl joined Embry Riddle Aeronautical University in Daytona Beach Florida as a lecturer in aeronautical science subjects. He taught the winter semester, allowing himself and Karyl to enjoy life in Florida. His tenure at Embry Riddle lasted four years, but the Scriveners continued to journey south every winter thereafter.
In Cotuit, Carl was a trustee at the Cahoon Museum of American Art for four years. He was also an avid “Sunday painter,” and he enjoyed entering his work at various fundraisers around the Cape.
In addition to his wife, he is survived by three daughters and two sons: Alison Spillman of Jamestown, NC, Robin Glenn of St. Petersburg, FL, Susan Sullivan of Sandwich, Peter Scrivener of Suffield, CT, and Lawrence Scrivener of Bridgewater his sisters Carol Chapman of Duxbury, Gwen Gillen of Hustisford, WI. There are 12 grandchildren, more than enough to overflow the Cotuit house on holidays.
Visiting hours will be held at the Chapman Cole and Gleason Funeral Home 74 Algonquin Ave. Mashpee on Wednesday November 7, 2012 from 5-7pm. A funeral mass will be celebrated at the Christ the King Church 3 Jobs Fishing Rd. Mashpee on Thursday November 8, 2012 at 10:00am. Following a reception at the Church Hall, Burial will be held at Mosswood Cemetery at 1:00pm. In lieu of flowers donations may be made to the American Cancer Society P.O. Box 22718 Oklahoma City, OK 73123, or to the VNA Hospice 434 Route 134 D-3 South Dennis, Ma 02660.
Posted by Unknown at 6:19 PM