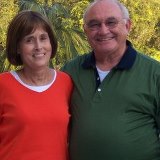 Word has been received of the passing of Mrs. Gale Fouraker, wife of NWA pilot and RNPA member Captain Joe Francis Fouraker. We understand that Gale had been ill for some time. Born February 4, 1944, Gale Frances Surman Fouraker was 68 years of age at the time of her passing Friday, December 7th.


To view/sign the online guestbook please visit the funeral home website at www.wiegandbrothers.com/ or
http://www.legacy.com/obituaries/bradenton/obituary.aspx?page=lifestory&pid=161583374#fbLoggedOut


Obituary:
Gale Frances Fouraker , 1944~2012
After a long battle with various illnesses, Gale Frances Fouraker went home to be with her Lord Dec. 7, 2012. There will be a Interment at Sarasota National Cemetery on Monday Dec. 10th at 1:00 pm. She is survived by her loving husband Joe, two daughters; Sarah (Michael) Edmonston and Amy (Dale) Mitchell; three grandchildren Nathan, Chloe, and Joseph. Gale will be missed by all the lives she touched. All arrangements made by Wiegand Brothers Funeral Home.
.Published in The Bradenton Herald on December 9, 2012
Interment: Monday, December 10 at 1:00 PM
Sarasota National Cemetery
9210 Clark Road
Sarasota, FL 34240
Posted by Unknown at 4:10 PM