Belated notification with the passing of WWII veteran NEA/DL pilot Captain Basil Beck, age 97.   (newspaper source notes date of death as May 7, funeral home website notes May 6 as date of passing)  Captain Beck joined Northeast 08-01-1939 and retired with Delta Air Lines I believe at the mandatory age 60 in 1975 (funeral home website notes 42 years, newspaper source indicates 36 years of service).  He was widowed in 2011 with the death of his wife Phyllis.  Captain Beck had most recently resided at Center Barnstead NH.
http://www.suncookvalleysun.com/barnstead/2013/5_29_13/index.htm 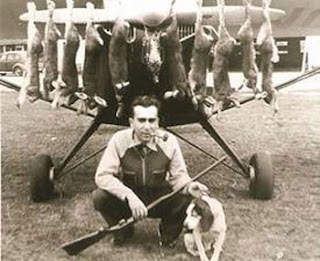 Basil B. Beck, August 5, 1915 - May 7, 2013, moved to Berlin NH from Nova Scotia in 1929. He attended MIT and received his diploma in Mechanical Engineering in Aviation. He got his pilot license in 1936, was hired by North East Airlines in 1939, and flew mail and material across the North Atlantic from Labrador to Scotland for the US Army Air Corp.
At the end of the war, he got his commercial pilot license with North East Airlines, flying from Bangor, Maine to Boston, where he flew over Barnstead and fell in love with Upper Suncook Lake. He returned with his float plane and bought lake front property from Dutch Graham in 1947. He retired from Delta Airlines in 1974, sold his last float plane in 1995, giving up his love of flying at the age of 80.
He made countless trips to Florida and across the country in his motor home he shared with his beloved wife, Phyllis, before their last excursion in 2007.
He was predeceased by his wife, Phyllis in 2011 and is survived by his three children: Bryan and Bill of Barnstead, Gail Ozuna of Texas, 8 grandchildren, 13 great grandchildren and 7 great, great grandchildren. He will be missed.

She was born in Brockton, Mass. the daughter of William and Lillian
Headden and has lived in Barnstead for over 40 years.