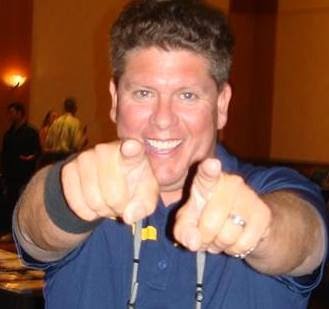 Sad news has been received with the passing of Sonny Tipton, age 49, the son of DL Captain Patrick and Patricia McGirl.  After many weeks of hospitalization and complications with a blood bacteria, Sonny passed on the morning of April 14th.  Sonny was a professional Stunt Coordinator.  As well as his parents and three children, he leaves many devoted friends and members of the stunt industry to mourn his passing.
Online notes of sympathy may be offered at this funeral home website

http://obits.dignitymemorial.com/dignity-memorial/obituary.aspx?n=Sonny-Tipton&lc=4240&pid=170662121&mid=5931717
Arrangements under the direction of Centurion Memorial Society, Bakersfield, CA.
Personal condolences may be sent to the McGirl family at
3016 Hawksdale Drive, Las Vegas, NV 89134-8966
Email:  patsqd@aol.com
We have not yet seen an obituary in print and services have not been advised.
Should we receive additional information, we will be sure to update our blogspot at http://pcnflightwest.blogspot.com/
Thank you,
~ Carol
http://www.bakersfieldcalifornian.com/funerals/x1042362612/Funeral-services-for-April-17
Sonny James Tipton, 49, Tehachapi, April 14. Mish Funeral Home.
From: THFoster6@aol.com Sent: Saturday, April 19, 2014 7:52 PM  To: death@pilotcommunication.net
Subject: Sonny Tipton passed (son of Capt. Pat McGirl)
Sonny Tipton, son of Pat and Trich  McGirl , has passed from heart failure and a blood bacteria on 14 April 2014.  He had been hospitalized for 8 weeks. He was a Stunt Coordinator in Hollywood. Sonny was 49 and the father of three children.
Retired DAL Capt. Pat McGirl was based in MSY for much of his career.
Pat's email address is  patsqd@aol.com
Travis Foster
Posted by Unknown at 10:03 PM