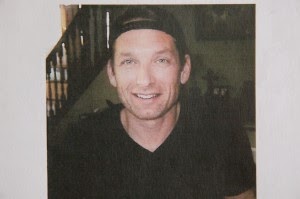 Please note corrections to information:
Christopher is survived by his parents Dr. Joseph & Mrs. Clarice Bellino, and his daughters Nicole and Danielle.   Christopher Marc Bellino joined Northwest Airlines 08-17-1984.
News articles note that he was last seen when he went to dinner with his daughters on July 29, 2012. He was reported missing four days later by his mother.  News articles report that at the time of his disappearance, police described Bellino as an "endangered person," which means that due to any number of circumstances a law enforcement official had determined that he was at risk of injury or death.  Until the autopsy results come in, no official cause of death is known.
Should we hear more as to arrangements we will be sure to pass the information along.  Please follow us on our blogspot at http://pcnflightwest.blogspot.com/
Personal condolences may be sent to the Bellino family c/o Dr. & Mrs. Bellino at 435 Tumble Creek Lane,   Fallbrook CA 92028-2558.
The Bellino family appreciates your support and thanks you for your prayers and concern during this difficult time.
Thank you,
~ Carol Faulkner, PCN death notice communicator
death@pilotcommunication.nethttp://pcnflightwest.blogspot.com/
http://hometownsource.com/2014/05/19/bones-found-in-lakeville-park-identified-as-man-missing-since-2012/
Bones found in Lakeville park identified as man missing since 2012
By Site Editor on May 19, 2014 at 1:03 pm
Human remains discovered May 15 in Ritter Farm Park have been identified as belonging to a 50-year-old Lakeville man missing since 2012.
Christopher Marc Bellino was last heard from on July 29, 2012 when speaking to relatives by cell phone. His vehicle was found across I-35 in the Lakeville Target parking lot on Aug. 28, 2102, according to Lakeville police.
Lakeville police Cptn. Kevin Manias said at a May 17 news conference Lakeville high schoolers found a skull in a remote, wooded area in the northwestern area of the 340-acre park while taking part in a field orienteering exercise conducted by the Minnesota Army National Guard.
He said police found multiple bones within 50-200 feet of the skull, but not clothing or other articles of evidence after responding to the scene at around 2 p.m. May 15, cordoning off the area and conducting a grid search using a metal detector.
Manias said Bellino had no known health problems, but wore a leg brace that was not found at the scene.
He said the bones were spread out, and appeared to be scattered by animals.
“We have not uncovered any information that indicates foul play,” Manias said.
He added the report from the Hennepin County Medical Examiner’s Office indicating a cause of death will help direct their investigation. — Laura Adelmann, Sun Thisweek

LAKEVILLE, Minn. - Police in Lakeville have identified the person whose remains were found in a remote area of a popular park Thursday.
Investigators say a group of students from LakevilleHigh School were conducting an orienteering exercise in Ritter Farm Park Thursday just after 2 p.m. when one of the students found a human skull.
A group leader called police, who arrived and began canvassing the area. Those searching found a number of human bones that were associated with the skull.
"The skeletal body is not in tact. It's spread over an area so the assumption that comes to mind is that there was animal contact ... Could they have moved those items? Possibly," said Cpt. Kevin Manias of the Lakeville Police Department.
"I don't want to comment on what each bone was that was located, but there were a significant amount located," Manias added.
The remains were sent to the Hennepin County Medical Examiners office, and late Friday morning the remains were identified as belonging to Christopher Marc Bellino, 50, of Lakeville, who was reported missing in August 2012.
Police say Bellino was last seen making a purchase at a Marshalls store in northeast Lakeville.
At this point there is no official cause of death but Lakeville Police say there were no obvious signs of foul play on the scene.

Local authorities confirmed Friday that the skeletal remains found in a popular Lakeville park are the body of a 50-year-old man who vanished nearly two years ago.
Lakeville police said the man was Christopher Bellino, of Lakeville, according to the Hennepin County medical examiner's office. His remains were found Thursday near a picnic area in Ritter Farm Park.
A group of high school students out on a "field orienteering exercise" found the man's skull in "fairly remote section" of the 340-acre park, said Capt. Kevin Manias, a Lakeville police spokesman.
In a subsequent search of the area, investigators found "additional skeletal bones believed to be associated with the skull," police said.
"Everything we located was surface, or covered by vegetable material," Manias said at a news conference on Friday. "The area that we searched, there were [bones] located probably 100 to 200 feet away from where the skull was at."
Bellino was last seen when he went to dinner with his daughters on July 29, 2012, according to the National Missing and Unidentified Persons Database. He was reported missing four days later by  his mother.
His car was discovered on Aug. 26 of that year in the parking lot of the Target in Lakeville, less than two miles from where his remains were discovered, Manias said.
At the time of his disappearance, police described Bellino as an "endangered person," which means that due to any number of circumstances a law enforcement official had determined that he was at risk of injury or death.
An autopsy was performed Friday, the results of which have not yet been released, the police captain said. There was no indication of foul play.
"Until we've received a formal report from the medical examiner's office," Manias said, "in terms of manner and cause of death, I'm not going to speculate."
Libor Jany • 651-925-5033 • @StribJany