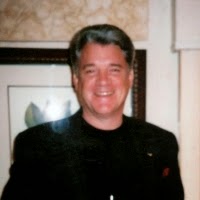 Noted in the recent issue of the Alpa magazine, this is belated notification with the passing of Captain Mark A. Mischker, age 64.  Captain Mischker’s obituary notes that he began his commercial aviation career with Frontier.  He joined Pan American 04-15-1987 and retired with Delta Air Lines, and was based 030/MCO.  He is survived by his wife V. Sharon Mischker.
To view the online obituary and please visit the funeral home website at http://www.afcfcare.com/obits/obituaries.php/obitID/976925/obit/Mark-A-Mischker
or  http://www.legacy.com/obituaries/floridatoday/obituary.aspx?n=mark-mischker&pid=170161487&fhid=24324
I believe Captain Mischker had most recently resided at
201 Glengarry Ave.,  Melbourne Beach  FL 32951-3138
Should we hear more information we will be sure to update our blogspot at   http://pcnflightwest.blogspot.com/
Thank you,
~ Carol Faulkner, PCN death notice communicatordeath@pilotcommunication.net
http://pcnflightwest.blogspot.com/

~~~~~~~~~~~~~~~~~~~~~~~~~~~~~~~~~~~~~~~~~~~~~~
Melbourne Beach, FL
Mark A. Mischker, 64, passed away Tuesday, March 11, 2014. Mark was born in Milwaukee, WI on March 8, 1950.
He was a Marine Corps Captain in Vietnam, flying C 130 planes. He was a broker for Dean Witter and Senior Vice President of First Interstate Bank in Denver, CO. His greatest joy in life was flying international routes as an Airline Captain for Frontier Airlines, Pan Am and Delta. He was Chairman of the Retirement and Investments Committee for Delta Pilots for many years and was active on the board of the Airline Pilots Association. He enjoyed doing union work for over 20 years.
Mark leaves his beloved wife, Sharon, who was his “bride” for 44 years; his sons, Erik Mischker and Ryan Mischker; daughter-in-law, Ann Elise Mischker; his grandchildren, Baeta, Maggie, Grace and Ellie; and his parents, Ralph and Nina Mischker.
He was preceded in death by his brother, Bruce Mischker and sister, Nancy Mischker.
With great love, Mark always referred to Sharon as his “bride”. He was “Poppy” to his adored ballerinas, as he called his four granddaughters; he loved being “Poppy”.
Oh! I have slipped the surly bonds of earth,
And danced the skies on laughter-silvered wings;
Sunward I've climbed, and joined the tumbling mirth
Of sun-split clouds, and done a hundred things
You have not dreamed of
Where never lark or even eagle flew
And, while with silent lifting mind I've trod
The high untrespassed sanctity of space,
Put out my hand, and touched the face of God.
Arrangements by Ammen Family Cremation and Funeral Care, Melbourne 724-2222. Share memories and sign the family guestbook at www.afcfcare.com
Funeral Information:  A Memorial Service will be announced at a later date.