Billingsley joined Delta Air Lines in 1958 and served as a captain for the Atlanta-based airline for more than three decades.

“We had a lot of sea stories when we could get together,” Collopy said. “He always had a smile on his face, and if you weren’t feeling that great that day, he’d lift up your spirits.”

Friends of Bulloch President Bill W. Gray said Billingsley wasn’t the “out front” type. However, his tendency to stay in the background did not prevent Billingsley from being admired.

“He was just a super-duper fellow,” Gray said. “Everybody liked Bill. He was real genuine and kind.”

Friends of Bulloch board member Bob Hagan knew Billingsley for more than 30 years. He remembers Billingsley as “a community person” who loved the area.

“Whenever he saw you, he always had a story to tell,” Hagan said. “He knew a lot about Roswell, and he loved telling his stories.”

Billingsley had a fondness for golfing, dancing and martinis, Hagan said. Recently, he spoke with Billingsley’s wife about having a get-together in her late husband’s honor.

“I bet he had thousands of martini glasses,” Hagan said. “We’ll have a little tribute to him…everybody takes a martini glass, toasts to him and takes the glass home.”

Hagan said Billingsley’s friends will remember him for his sweetness, genuineness and zest for life.

“He certainly supported the historical aspects of the Roswell community,” said Gwen Koehler, Bulloch Hall education coordinator. She remembers Billingsley for his love of golf, storytelling and, especially, his wife.

“He loved Pam above else,” she said, “and to do what made her happy was what he wanted to do most.”

Longtime friend Ann Morat said she was close with Pam and Bill Billingsley. “He sure did love Bulloch Hall, as much as Pam did,” she said.

Morat remembers him as “a great guy, who would do anything for anybody.” His legacy, Morat said, will be his love for his friends and family.

Billingsley was buried at Arlington Cemetery in Sandy Springs June 11. His family has asked for memorial contributions to be made to Emory University’s Alzheimer’s Disease Research Center.

He is survived by daughters Lane Lackey and Leigh Roan, son Chris Billingsley and stepsons Dallas and Michael Humphries.

His surviving grandchildren are William and Claire Lackey, Harper and Ava Roan and Harper Humphries. 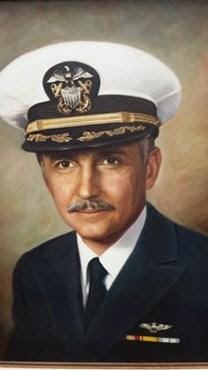 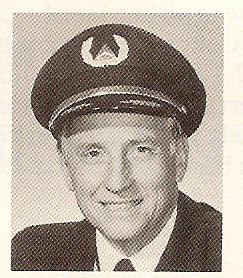 Word has been received with the passing of Delta Golden Wings member retired DL pilot Captain William ‘Bill’ Morton Billingsley, age 81.  Captain Billingsley joined Delta Air Lines 11-10-1958 and retired with 30+ years of service, based ATL.
Visitation will be held the evening of June 10th in Roswell GA, graveside services will be held June 11th at Arlington Memorial Park, Sandy Springs GA.
To sign the online guestbook please visit the funeral home website at http://obits.dignitymemorial.com/dignity-memorial/obituary.aspx?n=William-Billingsley&lc=7127&pid=171272535&mid=6001199  Service arrangements are noted below as well as at the funeral home website.
Thank you,
~ Carol
~~~~~~~~~~~~~~~~~~~~~~~~~~~~~~~~~~~~~~~~
From: David L. Roberts Sent: Monday, June 09, 2014 1:20 PM
Subject: DEATH OF RETIRED CAPTAIN WILLIAM M. BILLINGSLEY
CARES AND CONCERNSThank you to Ms. Janice Metzler for sending the sad news of the death of retired Delta Captain, and retired US Navy Reserve Captain, William M. Billingsley, 81.  Bill was born July 2, 1932 and was hired by Delta November 10, 1958.  Expressions of condolence may be sent to his wife, Mrs. Pam Billingsley at 9459 Coleman Road, Roswell, GA 30075-4736, phone 770-992-3231 or email:  pam.billingsley@yahoo.com
I will send the obituary when it becomes available.

Hello Friends, I am sad to relate that I received a telephone call from Janice Metzler that Pam’s husband Bill, William Morton Billingsley died on Friday, June 6th at home.  Visitation will be at Roswell Funeral Home on Tuesday, June 10th from 6-8 pm.  The funeral will be a graveside service at Arlington Cemetery in Sandy Springs, Wednesday, June 11 at 11 am.