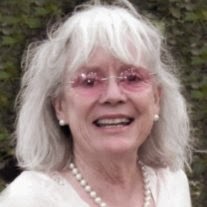 From: Carole Lovelace <kismetxa@aol.com>
Date: Mon, Jun 23, 2014 at 10:46 PM
I regret to inform you of the passing of former New Orleans flight attendant Candy Wayert, wife of retired Delta pilot Jack Wayert.
Candy was unique and special to her friends and coworkers... she will be greatly missed. Please keep her loved ones in your prayers as they face this very difficult time.
Arrangements are under the direction of Fielding Funeral Home, Covington, LA.  www.ejfieldingfh.com
Condolences may be sent to:  Jack Wayert . 78446 Booth Road . Folsom, LA 70437

“Candy” Knight Cucchiara Wayert passed away Monday, June 23, 2014, due to complications of Rheumatoid Arthritis. She was born on August 19, 1945 in New Orleans, LA to Vivian Eimer Cucchiara and the late John Knight.

Age 68 years. Candy was a native & life resident of Covington and Folsom, LA. For 34 years Candy was a Delta Flight Attendant and loved to travel. She will be greatly missed by Family and Friends.