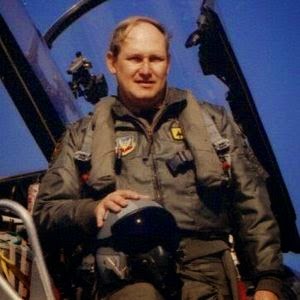 The July issue of ALPA’s magazine notes the passing of USAF veteran retired DL Captain Walter Sampson Richardson, age 64.  Captain Richardson joined Delta Air Lines 12-08-1978 and retired with 26 years of commercial flying, based 030/ATL.  Survived by his wife Gwendolyn personal condolences may be sent to the family at
896 Old Railroad Bed Rd.,  Taft, TN 38488-5253  ...  (770) 461-7357
The family has downloaded a wonderful video tribute at  http://www.youtube.com/watch?v=3eA_AfS8LBE
Captain Richardson’s online obituary may be viewed at   http://valhalla.tributes.com/our_obituaries/Walter-Sampson-Richardson-100893270
Arrangements were entrusted to Valhalla Funeral Home of Huntsville AL.
Thank you,
~ Carol for the PCN
==================================================
Walter Sampson Richardson, 64, passed away on Tuesday, March 11, 2014 surrounded by the love of his family. He sees dimly no longer, he sees face to face. He knows fully and is fully known by the Lord. He is predeceased by his parents Rev. Jarrett Wood Henry Richardson, Jr. and Dr. Margaret Sampson Richardson.
Walter is survived by his devoted wife of 41 years; Gwendolyn Richardson, and his adoring children; Heather Stone, Matthew Richardson, Margaret Richardson, and Austin Richardson; son-in-law, Israel Stone; daughter-in-law, Jessica Richardson, and daughter-in-law Haley Richardson. Walter was devoted to his six grandchildren; Tristan, Rowan and Greyson Richardson, Gwynda and Varissa Stone, and Walker Sampson Richardson.
Walter was a missionary kid (MK) born and raised in Nigeria, Africa. He was proud of his missionary kid roots and learned a passion for travel at an early age. This passion for travel led to his career as a commercial airline pilot. He flew for Delta Airlines for 26 years and retired as a well-respected Captain. He also served in the United States Air Force on active duty from 1972-1977. He then served Alabama National Reserves for 15 years. Walter loved to fly airplanes. Walter also loved Auburn University football. He was a proud graduate of Auburn University with a degree in Industrial Engineering. He also met the love of his life, Gwen while they both attended Auburn. Their first date was to the Auburn-Alabama football game. He relished seeing Auburn beat Alabama one last time this past fall! War Eagle! Walter also enjoyed spending time outdoors hunting and fly-fishing. He was a Godly and loving man as well as a devoted husband, father and grandfather. He was known for his gentle spirit and servant's heart. His greatest pleasure in life was caring for others, especially for his dearly loved family. He made the world a better place just by being in it. He will be greatly missed!
Please join his family and friends in a celebration of his wonderful life on Saturday, March 15, 2014. Visitation will be held from 1-3 pm with the memorial service from 3-4 pm. Both will be held at Flint River Baptist Church in Hazel Green, AL. In lieu of flowers the family requests donations be made in Walter's name to:
Nigeria Faithful Works, Inc. Saki Water project or general contribution, 2513 Buckingham Drive, Heath, TX 75032- www.nigeriafaithful.org. This is a 501c3 organization.
Arrangements entrusted to Valhalla Funeral Home and Valhalla Memory Gardens
698 WINCHESTER RD NE, HUNTSVILLE, AL 35811 | 256-852-8500
Posted by Unknown at 10:05 AM