Joseph William Haselby
BERLIN, Germany — Joseph William Haselby, 79, Berlin, Germany, passed away on Wednesday, July 23, 2014, in Berlin, of acute heart complications following surgery for a pancreatic mass.
He was born May 22, 1935, to Cloyne and Grace Haselby in Detroit, Mich. He graduated from the University of Michigan in 1957 with a bachelor's degree in Political Science, and was a member of the championship swim team.
He joined the Navy after graduating from college and became a fighter pilot, flying the F4 Phantom. He was hired by Pan Am airlines in 1963 and flew out of San Francisco until 1976, when he moved to Berlin, Germany, to fly Pan Am's internal German service. When Pan Am folded in 1991, he transitioned to Delta's transatlantic service until his retirement in 2003.
Joe split his time between his Florida home and Berlin, Germany, having taken up golf seriously in the last 10 years.
He is survived by his wife Ulla, a German woman, who was his companion for 38 years. A first marriage to Lois Gibbons ended in divorce in 1975, but a life-long friendship remained; he is survived by her and their two children: Mark Joseph, who lives in Whitefish, Mont., and Alicia Herring, who resides in Fremont, Calif. A brother, Ray, survives him in Marshfield, Wis. Joe cherished spending Christmases with his maternal relatives, the families of Ken and Tracy Beebe in Jackson, Miss, and Don and Leslie Cramb in Cincinnati, Ohio. He was also close to, and is survived by, his cousin Joan Lindquist of Jackson, Miss.
Joe was a handy fellow, influenced by working at his father's service station and growing up with time spent on the farms of Herd and Dale Haselby. He built a house in Tahoe, Calif., and renovated his condo in Berlin, Germany. He was an avid reader with in-depth knowledge of politics, culture and technology. Joe touched many lives in a loving and positive way, and he will be greatly missed by his family and friends.
He will be interred at 11 a.m. Monday, Oct. 20, at Indian Creek Presbyterian Cemetery, 8318-8998 N. 275 West, Lucerne. 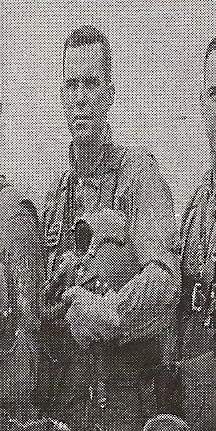 News has reached us with the passing of Navy veteran retired PAA/DL pilot Captain Joe Haselby, age 79.  I have not yet seen an online obituary, but from what am able to determine Joseph William Haselby was born/raised in the Ann Arbor, Michigan area.   He attended the University of Michigan and was a Navy fighter pilot ( USS Coral Sea , CVA-43 ).
I found an interesting archived news article from 1962.....
“Date: October 19, 1962 ....The Modesto Bee And News-Herald from Modesto, California · Page 4.....Pilot Crash Lands Jet Successfully .....MOFFETT FIELD, Santa Clara Co.--UPI--A Navy pilot escaped uninjured last night after he crash landed his F3H Demon jet fighter here. The plane's landing gear was damaged during takeoff from the carrier USS Hancock. A Navy spokesman said the pilot, Lieutenant Joseph W. Haselby of San Diego, landed the plane with the wheels up and only eight minutes of fuel remaining. The Hancock was 50 miles off the coast when Haselby took off.”
Lt. Haselby went on with his aviation career and joined Pan American 01-31-1966.  The June 1997 issue of DeltaDigest notes his retirement: “Joseph Haselby...030/JFK, Second Officer, 31 years”.  I believe Captain Haselby flew the Berlin routes during much of his time with Pan Am, circa 1976 until the merger with Delta in 1991, and he had been living in Berlin these past years.  The most current address that I could locate for Captain Haselby and wife Ulla Wittenberger is at
Pariser Str 9, 10719    Berlin  Germany ...   Phone:   8   030    / 88    115    08
Additional information/corrections are always appreciated.  Should we hear more we will be sure to update our memorial site
at http://pcnflightwest.blogspot.com/
Thank you,
~ Carol for the PCN