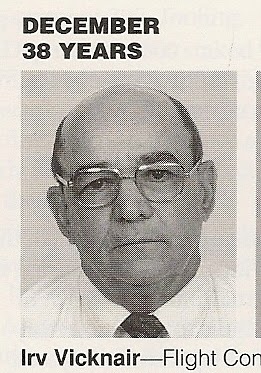 News has reached us with the passing of retired DL Flight Control dispatcher Irv Vicknair, age 84.  Irv joined Delta Air Lines in June 1953.  He retired December 1, 1991 as Flight Control Shift Coordinator/ATL.   Irv is survived by his wife Eva, their children and grand/great grandchildren.
Arrangements have been entrusted to Parrott Funeral Home of Fairburn GA  http://www.parrottfuneralhome.com/ 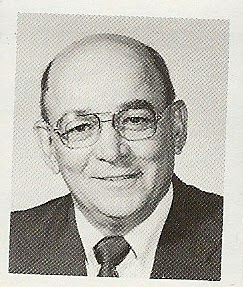 The Vicknairs had most recently resided at   111 Maple Grove Terrace in Peachtree City GA, but please understand that due to Eva's health and her issues with Alzheimer's, it is requested by the family not to call, visit or send flowers to the family home.
There will be however, a family hosted event on September 6th, a special time to celebrate and honor the life of Irvin R. Vicknair.  Please see obituary below for details. 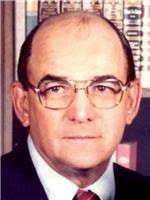 Irvin "Irv" R. Vicknair, 84, a 38-year resident of Peachtree City, GA passed away on August 28th, 2014. "To make a long story short", he was born on August 3rd, 1930 in Norco, Louisiana to Mr. and Mrs. Wilton D. Vicknair. He was the second born of three children, W.J. Vicknair and Sybil Vicknair Retife. In December 1950, he married his beloved wife and sweetheart of 63 years, Eva Jane Goudeau of Baton Rouge before joining the Armed forces in 1951 and attending the Korean War.  He returned to Baton Rouge in 1953 and began his 36-year career with Delta Airlines. In 1955, the couple gave birth of their oldest son Bradley Charles Vicknair. In 1963 the couple moved to Atlanta where Irvin assumed a new position in Delta's Flight Control office. In 1967, Irvin and Eva welcomed their second son, Brent Douglas Vicknair, and eventually moved to Peachtree City in 1976. Upon retirement in 1990 as Shift Manager of Flight Control, it was noted that Irv was particularly known for his "tell it as it is" personality, his Cajun hospitality, his love for the game of golf, and his dedication to both his family and to Delta Airlines. "Flight Control is IN control". Irvin is survived by his loving wife Eva, son Bradley C. Vicknair and wife Mary Beth, of Chester, SC and son Brent D. Vicknair and partner Doug Hildebrecht of Atlanta GA. Grandchildren include Justin Vicknair and wife Rachel of Newnan, GA; Holly Vicknair Murphy and husband David of Newnan, GA; Randi Delancey of Chester SC, Brian Delancey of Stockbridge, GA; Kenny Delancey of Denver, CO. Great Grandchildren include Gabriel and Evan Murphy and Landri Vicknair. In honor of Irvin Vicknair, the family will host a storytelling and sharing event on Saturday, September 6th starting at 11:30 am until 3:30 pm at Glendalough Manor in Tyrone, GA. Please RSVP to 770 298 4646 before Friday, September 5th.
In lieu of flowers, please make donations to Wesley Woods in Newnan, GA.
Parrott Funeral Home and Crematory, 770-964-4800.
.Published in The Atlanta Journal-Constitution on Aug. 31, 2014.
Parrott Funeral Home
8355 Senoia Road/Hwy. 74 Fairburn, GA  30213
(770) 964-4800