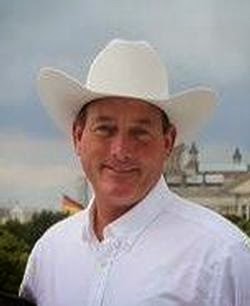 Notification with the passing of former NWA/UA pilot Terrance Ralph Vinton, age 46, of Mullen NE.  His obituary indicates that he hired on with Northwest in 2000, later joined United, but was furloughed in late 2001.  He is survived by his wife Denise and their children.
To view the online obituary please visit http://www.meaningfulfunerals.net/fh/obituaries/obituary.cfm?o_id=2660566&fh_id=14741
and to sign the online guestbook please visit www.adamsswanson.com
The Vinton’s current address/phone contact is listed as
34995 Furrow Road , Mullen  NE 69152-5203  ...  (308) 546-0407
Services for Terry Vinton will be held on September 3rd with visitation the evening prior at St. Mary’s Catholic church in Mullen, Nebraska.
Thank you,
~ Carol for the PCN
Memorial blogspot   http://pcnflightwest.blogspot.com/
~~~~~~~~~~~~~~~~~~~~~~~~~~~~~~~~~~~~~~~~~~~~~~~~~~~~~~~~~~
Memorials are suggested to Terry’s children’s education fund and online condolences may be shared at www.adamsswanson.com
Christian Terrance Ralph Vinton, age 46 of Mullen, passed away Friday August 29, 2014 on his ranch. Terry was born on August 27, 1968 in North Platte, NE to Ralph Patrick and Maryann (Manning) Vinton. He graduated from Thomas Moore Prep Marian High School in Hayes, Ks. After high school he attended UNL and then Chardon State where he entered the navy through the NAVCAD program. He graduated from AOCS in Pensacola, FL and continued his flight training in Milton, FL and Corpus Christi, TX. Terry received his Naval Officer Commission and wings in September of 1991. He was then stationed at NAS Norfolk, Norfolk, VA where he flew the carrier based plane the E2-C Hawkeye with VAW 120, VAW 122, and VAW 123. He graduated from Embery Riddle University with a degree in professional aeronautics in 1998. He married Denise Mitchell on September 23, 1991 in Corpus Christi, TX. The couple resided in Virgina Beach, VA and had four children. In 1998 the family moved back to Marsland, NE in 1998 while he finished his last tour with VAW 124 on the USS Teddy Roosevelt. He joined his family in Marsland in 1999. In 2000 he was hired on with Northwest Airlines and moved to Mullen, NE to both fly for the airlines and begin ranching. He transferred to United Airlines in January of 2001 and was furloughed in October of 2001. He continued ranching and joined the Navy Reserves. The Navy Reserves gave him many opportunities and worked in numerous places around the world which included London, South Africa, Morocco, Mauritius, and Iraq in 2009-2010. While in Iraq he worked in the US Embassy in education and agriculture. Terry was a loving husband to one, a dutiful and caring father to four, the youngest brother of eleven, and an honest friend to many. He lived for his family, putting them at the center of his life. He was always thought ahead in regards to the family ranch. Terry was an amazing person and really knew how to enjoy each day to the fullest. Terry is survived by his wife Denise of Mullen; 4 children, Jeremy, Joshua, Bethany and Joseph Vinton of Mullen; Dan (Mona) Vinton of Whitman, Maureen (Jim) Skavdahl of Marsland, NE, Ralph Patrick Vinton of Whitman, Jim Vinton of North Platte, George (Lori) Vinton of North Platte, Brian (Joyce) Vinton of Copperton, UT, Michael Paul (Stacey) Vinton of Whitman, Mary Ann (John Noble) Vinton of Omaha, and Timothy Ralph (Lori) Vinton of Whitman; sister-in-laws Miriam Vinton of Parker, CO, and Angie (Randy) Pierce of Jenison, MI; brother-in-law Ryan (Lisa) Mitchell of Norfolk, NE; in-laws Joyce and Pat Mitchell of Hastings, NE; as well as numerous nieces, nephews and many other family members and friends. He was preceded in death by his parents; brother John Peter “Pete” Vinton; and nephew Jacob Paul Vinton. Memorials are suggested to Terry’s children’s education fund and online condolences may be shared at www.adamsswanson.com