Belated notification....this is an ALPA reported death that we had not previously been made aware of.  The ALPA column is the issue month in which the death was reported.  Below is what information I could find for retired (NWA) pilot F/O George I. Stockstill.   I was able to locate his obituary which indicates he flew for Continental and Express One.  I’m not sure how that falls under the umbrella of NWA.  If anyone can add to this, please let me know.
Thank you,
~ Carol for the PCN
Memorial blogspot   http://pcnflightwest.blogspot.com/ 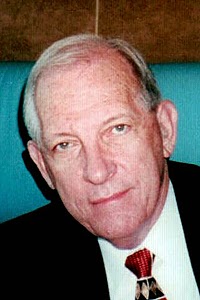 F/O Stockstill’s obituary may still be viewed online at http://herald-zeitung.com/obituaries/article_0b0e1b38-3c72-11e3-84b8-001a4bcf887a.html
Also on the funeral home website at http://www.luxfhcares.com/
The Stockstills residence is located at
604 S Seguin Ave.,  New Braunfels  TX 78130-7647  ...  (830) 237-1277
Obituary.....................................
George I. Stockstill
Posted: Friday, October 25, 2013 11:45 pm
George Stockstill  went to be with the Lord on October 21, 2013.
George was born in Brandon, Mississippi in 1939.
He graduated from Brandon High and received a bachelor’s degree from  Mississippi College.
He was a member of the Air National Guard for several  years.
He relocated to Dallas, where he took up flying as a private pilot.
He became an instructor and earned the hours required  to be hired as a Commercial airline pilot for Continental Airlines.
He flew the Proud Bird for over 16 years, flying the Micronesian route returning troops at the end of the Viet Nam war.
He accumulated over 11,000 hours in a multi-engine jet.
After the Continental bankruptcy he hired on with Express One Airlines, flying charter flights and instructing.
He was selected to be the Captain for Presidential Candidate Bill Clinton during his first campaign.
He and Judy lived in the Dallas/Ft. Worth area until 2003,  when they relocated to New Braunfels  as realtors.
In earlier years,  they traveled a lot,  and he particularly enjoyed visiting Hawaii for a yearly vacation.
He was a member of Oakwood Church and was a previous BSF facilitator.
His sweet spirit and faith were an inspiration to everyone who knew him.
He is preceded in death by his parents,  Howard P. and Ina Mae Stockstill.
He is survived by his beloved wife of 25 years,  Judy Stockstill;  daughter,  Shannon Martin  and husband Steve, and  their children Modesto (Bo) Aleman, Claire, & Mollie; daughter, Shelly Ogden and her daughters  Stephanie and Sydney;  and daughter, Alicia Scott-Miller.
He is also survived by his beloved brother,  Howard P. Stockstill; niece, Toni Guidry and her daughters Leigh, Neiman, and Mallory, and other extended family members.
A memorial service will be held at 2 p.m. on Friday, October 25, 2013, at Oakwood Church, 2154 Loop 337 N.,  New Braunfels, Texas 78130.
In lieu of flowers,  the  family requests  donations to the American Heart Fund,  or the American Cancer  Society.


To leave a message for the family, go to www.luxfhcares.com  and select Obituaries
Posted by Unknown at 9:52 PM